The Star Wars “Saga” line is officially two decades old. We’re revisiting all of the figures that made up this unprecedented lineup. Today, we continue with 2002’s Star Wars “Saga” [Phase I] Teebo (’02 #57) figure. Check out the new review template, the all-new Photo Gallery, the rewritten review, and the other content we updated as we celebrate the 20th Anniversary of the line that supported Star Wars Episode II: Attack Of The Clones. 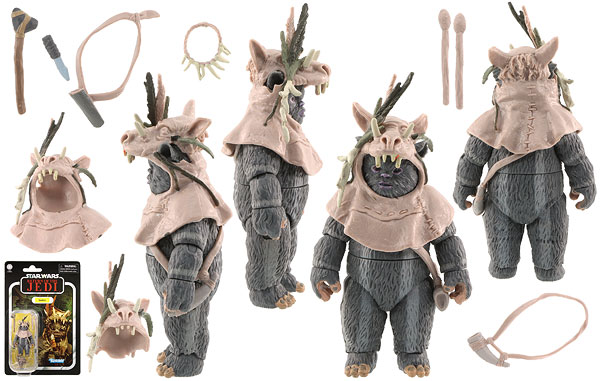 Of all places, you can pick up The Emperor, Teebo, IG-11, and Lando Calrissian at Macys.com for $10.99 each (with free shipping) as part of their Black Friday sale. A big thanks to JTA reader Robert for this alert!

The Vintage Collection: The Ninety Six - RETURN OF THE JEDI Teebo

Welcome to another entry in our The Vintage Collection: The Ninety Six column. Hasbro recently committed to collectors that they will be “focusing” on characters in The Vintage Collection that fall under “The Ninety Six” banner. If you’re new to this, it means that there needs a modern counterpart for every classic Kenner figure. Between 2020 and 2021, Hasbro’s made an admirable effort by focusing on these characters. But there is more work to be done, and we’ll figure out where we are step by step. Today we assess Teebo. 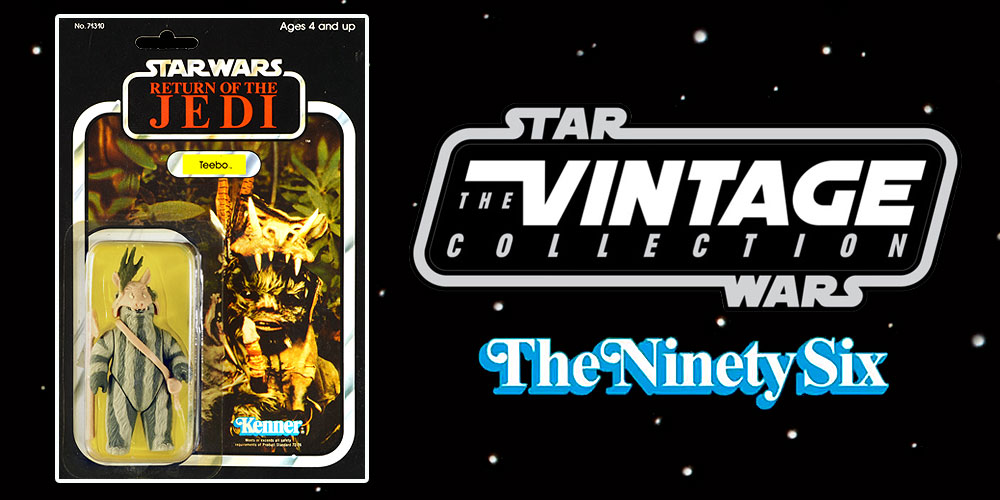 END_OF_DOCUMENT_TOKEN_TO_BE_REPLACED

The Vintage Collection Teebo figure is not an exciting release but a needed one. Still,  couldn’t Hasbro have included that alternate head sculpt to make us all happy? Sigh. (more….) 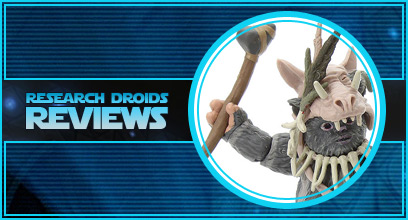 Long-time JTA reader Tim W. found the latest The Vintage Collection figures at his local Target! Teebo, Emperor Palpatine, IG-11, and the long-awaited Lando Calrissian make up the wave! They’re out there folks! Click through for more! 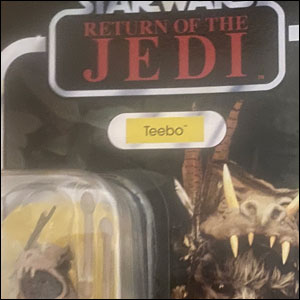 END_OF_DOCUMENT_TOKEN_TO_BE_REPLACED

Walmart has updated an image of The Vintage Collection Teebo. Check it out. Special thanks to JTA reader Mark for the alert! 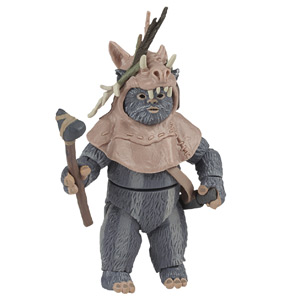 Today we revisit Teebo. The Trilogo card art has a different color palette when compared to the Kenner version. See the full card art and additional notes by revisiting 1984’s RETURN OF THE JEDI Teebo figure HERE.

Our next Visual Guide update from The Black Series [Phase IV] is Teebo (Ewok) (ROTJ02). Click below to check out our full Visual Guide. You can also read our full review right here. 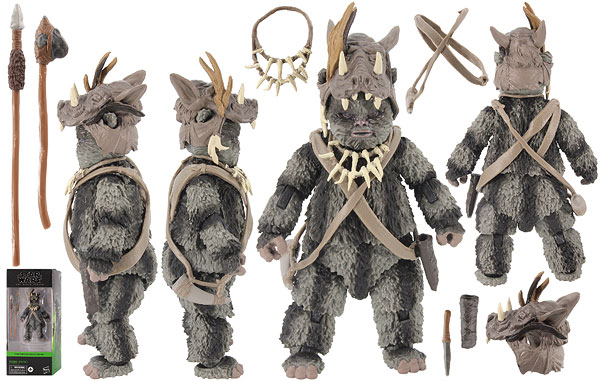 Hasbro omitted a very important accessory with The Black Series [Phase IV] Teebo (Ewok) figure. Also, why did they qualify the character’s name with “Ewok”? Why is Hasbro so confused? (more….) 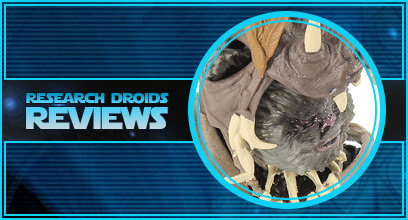 END_OF_DOCUMENT_TOKEN_TO_BE_REPLACED

Are You In The Market For Angry Teebo Or The Canceled Running-Change Utai?

There are two other super-articulated action figures that longtime Star Wars collectors want to see released by Hasbro, and preferably part of The Vintage Collection. The first was supposed to be part of the 2012 Star Wars [The Phantom Menace 3D] Ewok Pack, but Lucasfilm didn’t approve it because they wanted a friendlier face on Teebo. But this version is 100% screen-accurate. We also need Teebo carded for The Vintage Collection. The second figure is the canceled running change of the Legacy Collection Utai (BD41) figure, without headgear and came with a fuel filling device. Would you like to see either finally released for your collection?

We return to our “Turning Ewokese” marathon with Teebo. Relive your memories of this classic 1984 action figure in our Research Droids Reviews today. Be sure to add your own experiences to the conversation! Reminisce your own childhood stories of this figure in our comments. Share your life-changing vintage Kenner adolescent experiences with us!