Pre-orders are back for the Walmart Exclusive Ahsoka wave of The Black Series figures. Ahsoka was up for a short time but is no longer available, but the other 3 are currently available to pre-order.

We have a sneak peek for you tonight of the Walmart exclusive The Vintage Collection The Mandalorian Carbonized figures. Why do “carbonized” figures look better than their non-carbonized counterparts? We’re finding that these figures are more impressive than the standard releases. These figures come without any VC numbers, and their packaging is “foiled” to create a hologram effect for the card art. The cards are extra-thick too, so it will be difficult to “hurt” the figures’ packaging. This is the first time we’re seeing the Imperial Death Trooper under The Mandalorian banner. Hasbro used new card art for this one. We have full galleries and collector notes available for all of the figures, and reviews begin tomorrow! Enjoy!

Be Sure To Check The "Back" Of Walmart For Hasbro Star Wars Exclusives!

If you’re looking for the latest Walmart exclusives, be sure to check the entertainment section of the store (the area with games, Blu-rays, and televisions). Just today, I found The Black Series [Phase III] 6″ Yoda (Force Spirit) and Luke Skywalker (Jedi Knight), the latest wave of the “solid gold” figures, and the TVC Luke Skywalker (Yavin) figure. 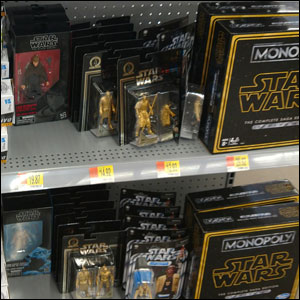 END_OF_DOCUMENT_TOKEN_TO_BE_REPLACED

How is Walmart going to be the new “Toys R Us” when they can’t even get out a single Star Wars exclusive from Hasbro? Well, maybe they won’t be able to achieve this business goal. Or maybe something will drastically change with their protocols so it can become a possibility. We have learned something shocking about one of Walmart’s exclusives and received an update on another. The answer for a third exclusive is still in limbo, however. (more….)

END_OF_DOCUMENT_TOKEN_TO_BE_REPLACED 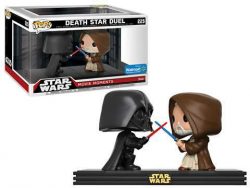 As of this post, all of The Black Series [Phase III] 3.75″ super-articulated are back in stock. If you’re still missing them, now is the chance to grab Tusken Raider, Ponda Baba, Boba Fett (Prototype Armor) and Sandtrooper 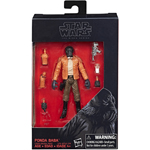 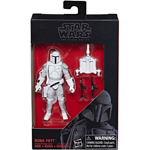 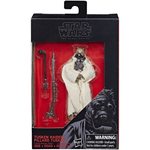 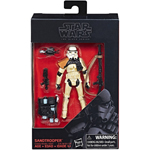 As of this post, all of The Black Series [Phase III] 3.75″ super-articulated are back in stock. If you’re still missing them, now is the chance to grab Tusken Raider, Ponda Baba, Boba Fett (Prototype Armor) and Sandtrooper

For those of you keeping track, it looks like the last batch of the Ponda Baba/Proto Fett wave that just showed up in stock is already prepping to ship thanks to this image from JTA reader and friend Mark M. What is INTERESTING however is that for the first time ever (for Mark), these items are shipping out of a California (CA) warehouse (he lives in Texas). Now, maybe that in and of itself isn’t peculiar and it’s not that strange that these are shipping from another warehouse, but could it be that more have just arrived from China and the first fulfillment center is in CA which is why his order is being shipped form there? Thoughts? I ask because could be there be hope that these will have wider availability (at least online) since there hasn’t been one store report of these yet?

Some Of The Walmart 3.75" Figures In Stock

Some of The Black Series [Phase III] 3.75″ super-articulated are back in stock. If you’re still missing them, now is the chance to grab Tusken Raider, Ponda Baba, Boba Fett Proto  and Sandtrooper

Remember this “rumor” report? (Click HERE to see it.) This is what we were alluding to in that post. The previously exclusive Walmart The Black Series [Phase III] 3.75″ figures can now be ordered by mainstream retailers. Diamond Distribution is now soliciting orders for Admiral Ackbar, Ahsoka Tano, Emperor’s Royal Guard, Lando Calrissian and Imperial Death Trooper and Jyn Erso for an August 31st availability date. Not available to order: Scarif Stormtrooper (SMH). Also note nothing is listed from the Ponda Baba wave either. Walmart has lost exclusivity to this line and it’s now a mainstream item. “Rumor” also has it that there will be one more wave of boxed figures on or around Force Friday II, but you never know if Hasbro will save them for The Vintage Collection instead. We’ll have to wait and see! Most importantly, take note of the MSRP. It’s a pretty “good” indicator of what to expect next year for another very important collection.

UPDATE: It’s history – keep checking throughout the day! These have been popping in and out of stock!

They sell out in moments when they go in stock at Walmart online. HURRY if you still need them or want them. eBayer tunghori lists the Walmart exclusives latest wave of super-articulated 3.75″ Star Wars figures again! Special thanks to JTA reader Craig P. for the alert! 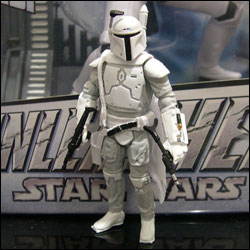 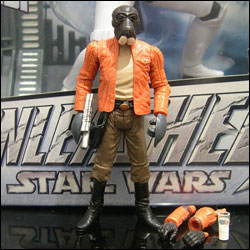