It's Time To Get The AOTC Clone Captain And Clone Commander Into TVC!

Back in 2013 in the Star Wars [Darth Vader/Revenge Of The Sith] line look, Hasbro produced two four-packs called Battle of Geonosis: Jedi Knights. One set included Clone Commander Ponds (yellow color flashes) and the other contained Clone Captain Deviss (red color flashes). Hasbro was supposed to release them utilizing 2011’s The Vintage Collection Clone Trooper (VC45) sculpt, but they reverted to the 2003 Clone Wars figure. To date, we’ve never received them. Wouldn’t it be great to finally get them into our collections so we can have all of the Clone Trooper Officers utilizing the same tooling once and for all? We already have the Clone Trooper Lieutenant (VC109) and the Clone Trooper Sergeant (#02). But we don’t have the two that are most prominently featured in Attack Of The Clones! 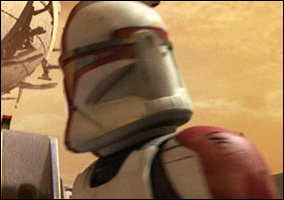 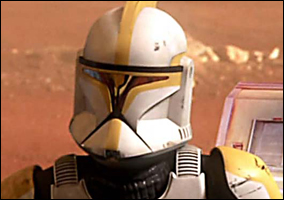 Next Article: Are You In The Market For Angry Teebo Or The Canceled Running-Change Utai?