Here are the two troopers from the Mandalorian, a white speeder bike was also on display: 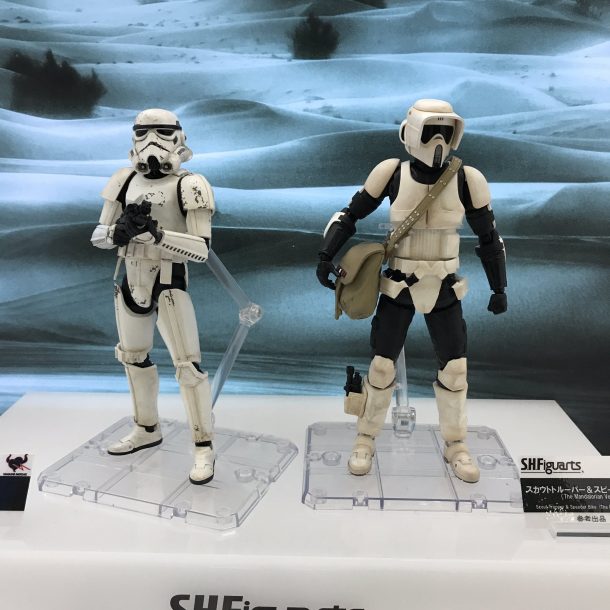 Weathered Imperial Troopers from the Mandalorian – Click for larger version

Unfortunately, only one Knight of Ren had his photo taken, but you can see there are at least another two KoR in the photo. I suppose we will get photos of the other KoR eventually. Since Hasbro only made one KoR SHF may fill a much needed gap here, always provided collectors want to have Knights of Ren after the movie comes out. 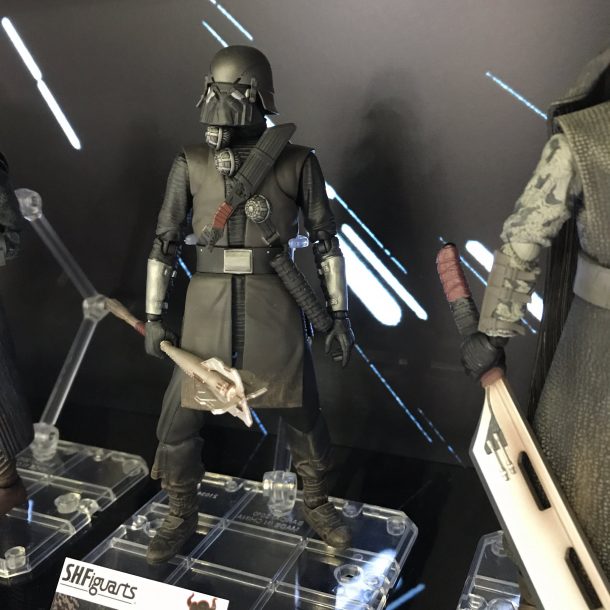 Unfortunately there is no photo of the knights to the let and right.

Will you get any of these figures?

IG-11 is on my shortlist, I skipped the Black Series release because I have no need for a pretend IG-11 figure that really is IG-88 with a new bandolier and rubbery legs. Knights of Ren would also be welcome, no matter what their role in the movie is, they look cool, that’s all I need. But what about you?

Next Article: Black Friday Preview: Everything is 30% at DesignByHumans.com This Weekend