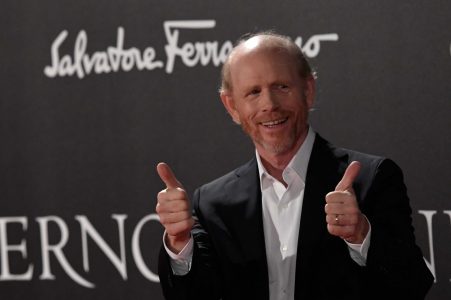 Here is an image from a letter than Ron Howard sent in 1999 to Newsweek for bashing Jake Lloyd’s performance based on “inside” rumors. 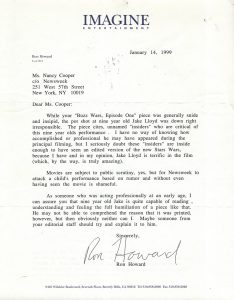 Now, he has several reasons to write this letter. One reason, its his buddy’s film. Another reason, he was a child actor and he knows the stresses he faced. So I think it was nice of him to try and defend the 9-year-old Jake (poor kid got way more than he bargained for). However, it is still nice to see that Ron Howard has enough respect for Star Wars to care and write this letter. 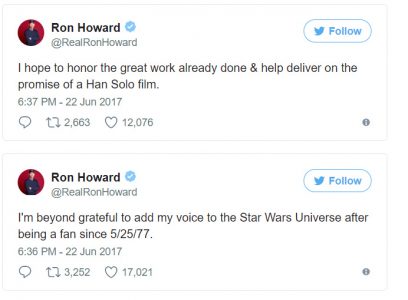 Some tweets from Ron Howard sharing his feelings on being selected as the Han Solo director. 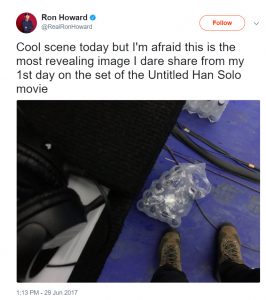 Looks like it was an epic first day on the set with Ron!

I ABSOLUTELY had to share this with everyone. George Lucas, being swamped by autograph seekers, breiefly comments on Ron Howard’s directing job, Mark Hamill’s Hollywood Star, and then goes on a rant about the fake Autograph seekers and tells them to get a job! I loved it!

Previous Article: Past TBS6 Figures To Return To Retail This Fall?

Next Article: New Funko Pop! Walmart Exclusives On The Way!