shopDisney was having some site issues earlier, but (so far) it seems to be up and running now. Make sure to stop by and check out their newly added items, including their Imperial Probe Droid The Empire Strikes Back 40th Anniversary Die Cast figure. And, if you are into their special edition Disney items, they also have their exclusive Star Wars Day Key available. 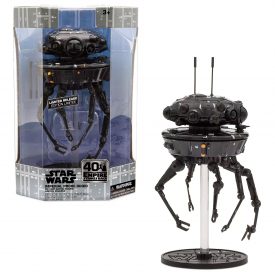 Stop by shopDisney.com to check out the new listings they have for Star Wars Day, including their The Empire Strikes Back 40th Anniversary line.

The Droid Factory BB-H19 figure is IN STOCK if you need it. Special thanks to Mark for the alert! 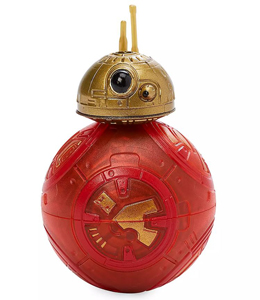 If you do any shopping at shopDisney.com, make sure to pick up a free Exclusive Lithograph Set with a $20 Star Wars Purchase. Available starting October 4th with a Limited Quantity available. Also, get free shipping with code SHIPMAGIC

You can now pick up this year’s Halloween-themed R5-B0019 Droid Factory figure at ShopDisney.com. Thanks to all those who wrote in to let us know! 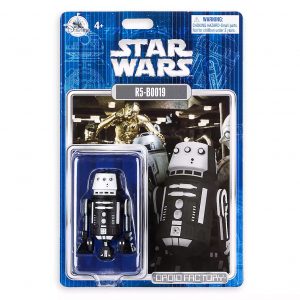 Here is an interesting development. Disney and Target announce 25 Disney shops coming to Target stores in October, in addition to a new website. USA Today has the full story. Special thanks to JTA reader Ruari W. for the alert!

Wow! These are pretty fantastic. Shop Disney is selling a miniature Sandcrawler? It comes with small Droid Factory figures. JTA reader Patrice P. from France just purchased two and inside were R2-B1 and R4-M9 respectively. You can order yours HERE for only $4.95 each! Click through for more!. 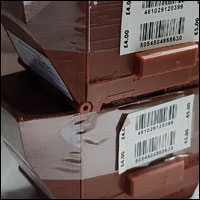 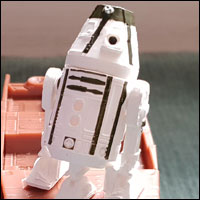 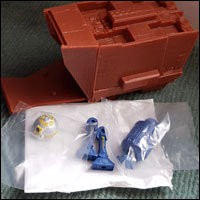 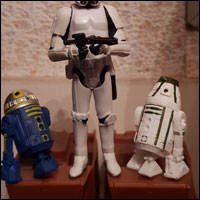 END_OF_DOCUMENT_TOKEN_TO_BE_REPLACED

Cyber Monday is happening now at Shop Disney! Save as noted below with promo code CYBER! 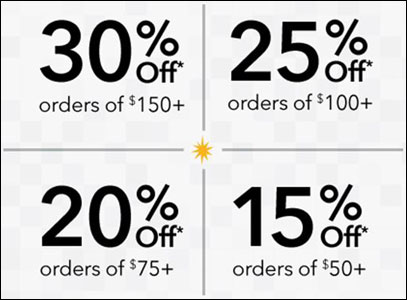 Shop Disney has much of their online merch on discount for Black Friday. And, get an extra 20% off your entire order at checkout when you use code AMAZING. Free shipping kicks in over $75 with code SHIPMAGIC. Toy Box figures are on sale for $10, but knocked down to $8 each after the discount code. Click here for their Black Friday sale page.

Tomorrow's The Day To Get Those Pesky Hasbro TBS6 [P3] Exclusives!

Don’t forget, Shop Disney will put three highly sought-after Hasbro The Black Series [Phase III] exclusives up for order tomorrow, but the links may go live early in the morning (as they often do). Keep checking THIS LINK to see when they go up for sale. You’ll be able to order Zuckuss, Captain Phasma (Quicksilver Baton) and Stormtrooper (With Blast Accessories). We reviewed all three months ago. Check out our reviews and images HERE.

Folded up inside of the latest Disney Toybox figures is a pamphlet showing off new vehicles! This line is killing it! They were so smart to focus on OT characters and vehicles after the first wave of Sequel Trilogy themed characters. Special thanks to JTA reader Matthew C. for the image and alert! 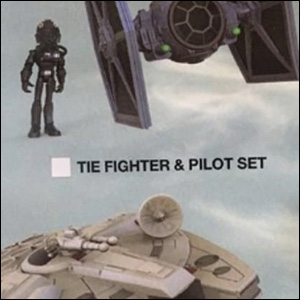 More specifics by clicking through, but essentially… Do this on shopdisney.com: 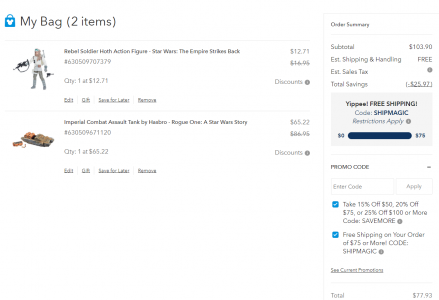 END_OF_DOCUMENT_TOKEN_TO_BE_REPLACED

It’s Friends & Family time at Shop Disney. Use promo code DISNEYPAL at checkout for 25% off your order! Check out all of their cool Star Wars stuff HERE!

This is SO COOL! Shop Disney/Disney Store has just put up for order two new wind-up 3.75″ droids from Solo: A Star Wars Story. Imagine a four-pack of these without the wind-up features! The most amazing thing is that you get two new figures for less than $10! Place your order today! Special thanks to JTA reader Mike K. for the alert! 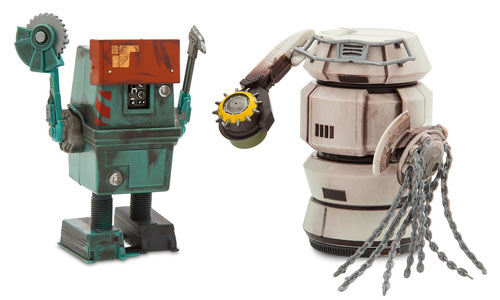 Well, he isn’t officially listed on the site, but JTA reader and friend Charlie went to great lengths to obtain this link through customer service. So, here is the Elite Series Chewbacca with Porgs page to order. Actually a great figure! Thanks Charlie for the hours of work! lol 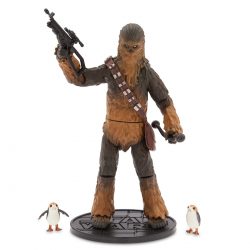 Save 20% Off At ShopDisney.com Until Sunday!

If you’re a fan of the Disney Elite Die Cast or need some black series or other Hasbro products, ShopDisney.com (the new DisneyStore makeover) is having a 20% off sale until Sunday. Use promo code SAVE20 to get 20% off of $75, you can also use SHIPMAGIC for free shipping on orders over $75. It’s always nice to be able to save some money, especially when we get overloaded on new releases!

JTA reader Agustin alerts us to newly revealed Disney Elite Series die cast metal figures. Click the image below to check them out! 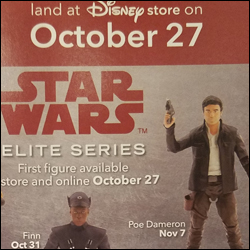 Save Some Money At DisneyStore.com!

Disneystore.com has a promotion going on where you can save 20% on your order of $75 or more. The great part is that they carry everything from The Black Series Centerpieces and Speeders to 3.75″ 5POA and the new Elite Die-Cast figures. You can save a good amount by using promo code: SAVE20 and on top of that you can get free shipping on orders of $75 or more with promo code: SHIPMAGIC. It’s always great that they let you combine promo codes.

Check out what the DisneyStore.com has to offer for Force Friday II!

The last 2 D23 Limited Edition Premium Elite 2-packs have been put up on Disneystore.com! Hoth Leia and Darth Vader and Resistance Base Rey and Maskless Kylo Ren. These are limited to 1000 and come with a certificate of authenticity. Also, use SHIP50 for free shipping! 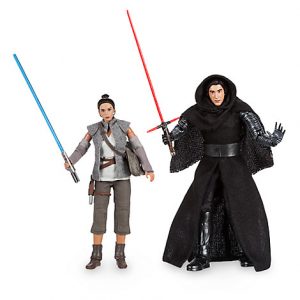 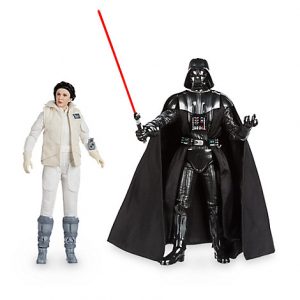 Disneystore.com now has the D23 limited edition Premium Elite Series Jyn Erso & Director Krennic set. These sets are limited to 1000 and come with a certificate of authenticity. No sign of Hoth Leia/Vader or Rey/Kylo, but we will let you know when they show up! Don’t forget to get free shipping with promo code ship50! Thanks to JTA reader and friend Charlie for the heads up! 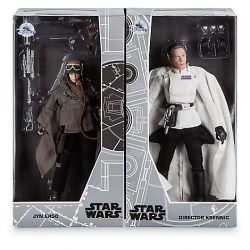 There Are Still Fantastic Deals On Premium Elite Series Figures

There are still from fantastic deals on Disney Store’s Premium Elite Series figures (just a few dollars each). We thank JTA reader Blair P. for the reminder!

Get 20% off of merchandise $75 or more at Disney Store with promo code COOLEST. They have Forces Of Destiny dolls in stock and Elite Series are as low as $4.79! Special thanks to JTA reader Agustin for the alert!

Check out the new Elite Praetorian Guard and the First Order Judicial 6″ Elite Die-Cast figures coming out from Disney that made their way to Instagram. This is the first I’ve seen the name First Order Judicial (heck, it’s blurry so I may even have that wrong) and the Elite Praetorian Guard actually looks much better than I originally expected. I hope the Black Series ones look even better! What do you think? Special thanks to JTA reader Al for the heads up! 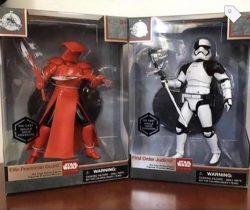