Check out this awesome new Funko POP! TIE Fighter with TIE Pilot available for pre-order from Entertainment Earth. It’s very similar to the Darth Vader and even sits on the top of the Death Star the same. Special thanks to JTA reader and friend Charlie for the heads up!

If you’re a Pop! collector (or even if you’re not) you definitely want to add this Darth Vader In His Tie to your collection. I haven’t been able to find it in stores yet and I really love the way they did this Pop! with the top of the Death Star as the base. Thanks to JTA Reader Eric for the heads up! 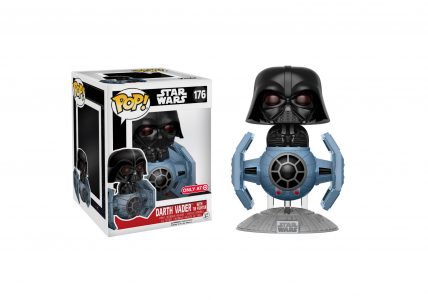 JTA reader Ken reports that Targets in AZ are starting to receive these exclusive Pops!. Each Target received only 4 so these may be scarce for awhile. They’ll probably be making their way around the rest of the US this weekend, so be on the lookout because you’ll never know what you’ll find. I stumbled across a Rey with speeder Pop! at Walmart the other day. Ken was also kind enough to provide the DCPI 323-01-0569. Good luck! 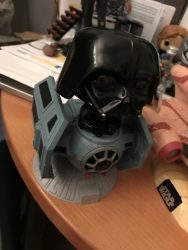