Tonight we are adding the newly released Amazon exclusive Bounty Hunters (40th Anniversary Edition) (4-LOM/Zuckuss) to our Visual Guides. Click below to check out this The Black Series exclusive. Make sure to also stop by and check out our full review of this set right here. 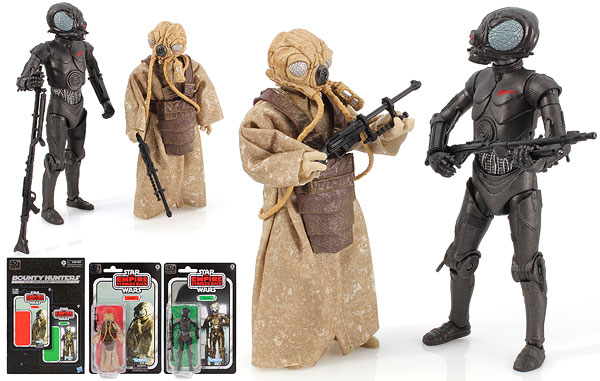 Hey Hasbro! Stop stealing ideas from The Vintage Collection and using them in The Black Series 6″ line! The Bounty Hunters (40th Anniversary Edition) (4-LOM/Zuckuss) is a 6″ version of a The Vintage Collection product. It’s still cool, though. We have it all for you to see in our 52-image gallery; comparison pictures and all! Check it out! (more….) 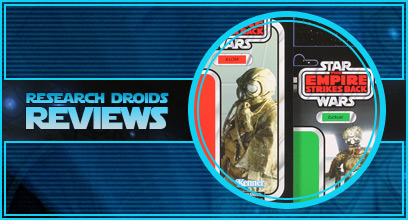 It’s the last one from the first wave! Do you recall how Hasbro treated 3.75″ super-articulated collectors when it came to celebrating the 40th Anniversary of A New Hope? The Titanium Series Han Solo is another one of the ways to remember how we got to celebrate the four-decade landmark. (more….) 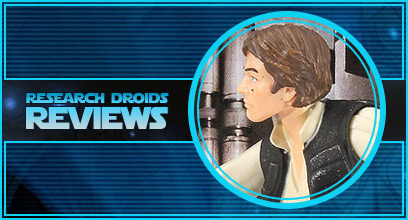 We’re not sure if this is a single store markdown or not. And we have NO IDEA how widespread this is. But we have evidence that the Retro Collection is on clearance at this Walmart location for 50% off. Many (most?) of us haven’t even seen this collection of figures enter their brick and mortar locations, let alone on sale. It’s not even the end of May, and this latest find makes us believe that Walmart is over the 40th Anniversary of The Empire Strikes Back already. Thanks to JTA reader Thomas H. for the report and image. 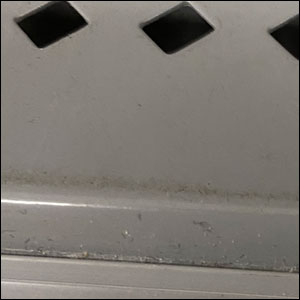 It’s almost unfathomable, but Star Wars Episode V: The Empire Strikes Back officially turned 40 years old today. We can all celebrate the film’s 40th Anniversary and the impact it’s had on popular culture. Recollect your memories of this prestigious film in our comment.s And don’t forget to include your Kenner memories if you grew up with the toy line at this time too!

END_OF_DOCUMENT_TOKEN_TO_BE_REPLACED

Could the Titanium Series Luke Skywalker be one of the worst figures Hasbro ever produced? We think he’s pretty darn close. Find out for yourself in our Research Droids Reviews today! Be sure to leave your thoughts in our comments section, vote in the poll or even comment about it on our Facebook page. Click the banner below for the direct link to the review! As always, you can also send your review requests via email if you’d like to see something that we didn’t cover yet.

Another Gamestop Blunder For The Books

JTA Reader Alexander F. sends us in this report of his latest purchase from Gamestop.com. He originally ordered two Artoo-Detoo 40th Anniversary Black Series figures, but when they showed up, he got a big surprise. He opened the large box to find two Supreme Leader Snoke (throne) instead of the Artoo’s. The receipt even says Artoo 40th Anniversary. This seems to happen more than it should. Have any of you had a similar mistake happen? Let us know in the comments below!

We’ve updated our Topps Trading Cards Index with another set from this year. Check out our complete breakdown of the Star Wars 40th Anniversary Trading Cards.

3 Chewbaccas, 16 Jawas, and 44 Death Squad Commanders! This isn’t a third grade math problem or the start of a joke, this is what JTA reader Agustín came across while on business in Monterrey, Mexico in a store called Julio Cepeda. We share in Agustín’s concern of how Monterrey has this many in stock, meanwhile tons of Walmarts and TRU’s have only received 1, 2, or even ZERO cases. ¡Ay Caramba! Thanks again to Agustín for this report! 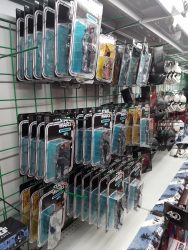 Today a friend of mine managed to find wave 1 of the 40th Anniversary at his local Toys R Us in Amherst, NY. He said the entire wave was there, but he only bought himself a Artoo-Detoo and a Han Solo. Are these still being found in their distribution centers or are these coming from somewhere else? Have you seen these pop up in your TRU recently? Thanks to JTA reader and friend Charlie for the info. 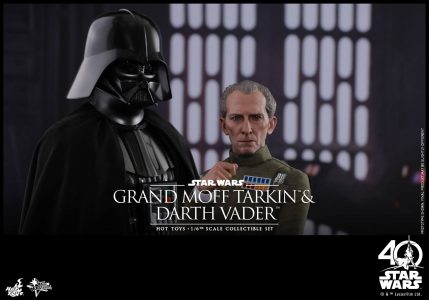 It’s hard to believe: so many collector have yet to see ANY 40th anniversary figures on the shelves while others are finding them for less than $4 a piece. It might be time to stalk your local TARGET. JTA reader Marcel E. found the 40th anniversary Princess Leia Organa for a mere $3.98. Insanity! 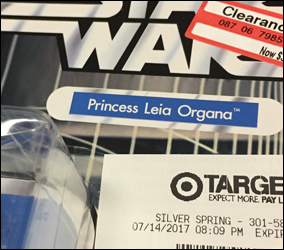 END_OF_DOCUMENT_TOKEN_TO_BE_REPLACED

My TRU May Not Have New TBS Waves, But..

At least they are carrying these super awesome 40th Anniversary plastic cups that are useful for drinking a huge cup of “Why haven’t you moved out those Hovertank Pilots” tea. My local TRU in NJ has only received the Legacy pack, die-cast (once), and these awesome cups. One can only hope they get this fixed before “Force Friday” later this year. What does your TRU store look like lately? 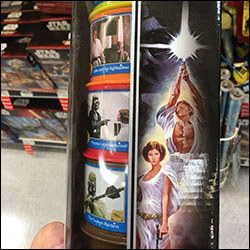 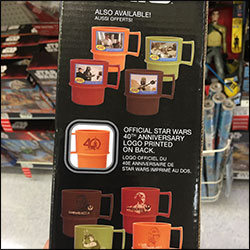 Have you been feeling that the 40th anniversary of Star Wars has been celebrated in a rather lackluster way by all those who hold the official keys to it so far? Don’t get me wrong, there have been some great memories relived and some cool commemorations, but probably nothing done so far holds a candle for what this trip down memory lane will bring you. It’s long, it’s groovy and it might make you tear up and laugh at the same time. Relive where it all begin and where it has gone in this incredible 40 year tribute to the Star Wars film franchise. It’s 95 MINUTES OF STAR WARS INSANITY! 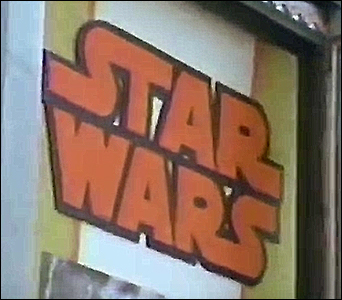 END_OF_DOCUMENT_TOKEN_TO_BE_REPLACED

HasbroToyShop.com has The Black Series [Star Wars 40] wave 2 in stock! Thanks everyone who wrote in with the overnight alert! Code MAYSAVE10 still works during checkout for an extra $10 off (Thanks for the tip Mike!) 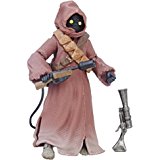 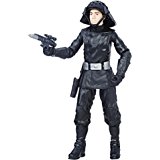 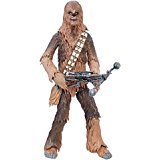 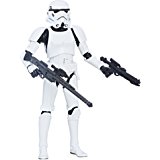 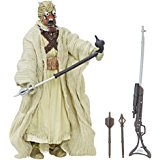 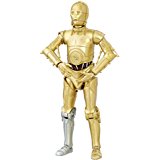 Update: Out of Stock!

Some folks who pre-ordered the TBS 40th Anniversary figures from Amazon back in February are still getting delayed shipping notices, this time with no estimated delivery date. I’d recommend keeping those orders while you still hunt for them else ware. Hopefully, they will eventually fill them all! Thanks for the alert Donald! 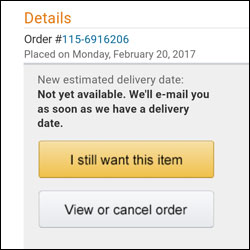