You saw our The Pathway To The Vintage Collection Special Report published on August 6th. Now let’s revisit the figures that set The Vintage Collection in motion. Let’s continue moving ahead with 2004’s VOTC See-Threepio (C-3PO) figure in our newly updated review, complete with new text and photos and Visual Guide.

END_OF_DOCUMENT_TOKEN_TO_BE_REPLACED

Everything You Need To Know About The Vintage Collection See-Threepio (C-3PO) (VC06) Re-release!

There have been a significant number of changes made to the re-released The Vintage Collection See-Threepio (C-3PO) (VC06) figure. We took the time to break it all down for you by producing an all-new 68-image gallery complete with comparison shots, dioramas, and a breakdown of what separates the 2010 version from the 2020 new release. (Hasbro has released this figure every five years since 2010!) You can probably find See-Threepio (C-3PO) (VC06) at your local TARGET and WALMART stores now. If not, orders should begin shipping from the “Fan Channel” shortly. As usual, there’s more difference here than you may believe, including a possible retooling that benefits the aesthetics of the head sculpt! Be sure to acclimate yourself to the many changes!

In 1983, Mexico’s Lily Ledy toy company released a line of Return Of The Jedi action figures under the La Guerra De Las Galaxias: El Regreso Del Jedi line look. This range of Lily Ledy Star Wars figures is exciting for two specific reasons. Firstly, the original 1978 versions of R2-D2 and C-3PO were released in this lineup. Secondly, for each figure, Lily Ledy chose a never-before-utilized Lucasfilm reference image of the characters, and these images were used nowhere else in the Star Wars toy line (for any other company including Kenner and Palitoy). Featured on 30-Back, the reverse of the card back features hand-drawn images of the line of 30 action figures in addition to a few other related toys, including the Millennium Falcon and Jabba the Hutt.

Today we revisit See-Threepio (C-3PO). The 1978 version See-Threepio (C-3PO) was packaged for this line, and the packaging features an exclusive image of the character. Its name is See-threepio (C-3 PO) (Ci-tri-pi-o). The reference image used features a behind-the-scenes picture from The Empire Strikes Back. Lily Ledy covered up the studio equipment with airbrushed graphics, including the fakest control panel imaginable. This Lily Ledy release is the only way to obtain this unique character image on the card art. The review’s Collector Notes are updated with this information. See the full card art and additional notes by revisiting 1978’s STAR WARS See-Threepio (C-3PO) figure HERE. 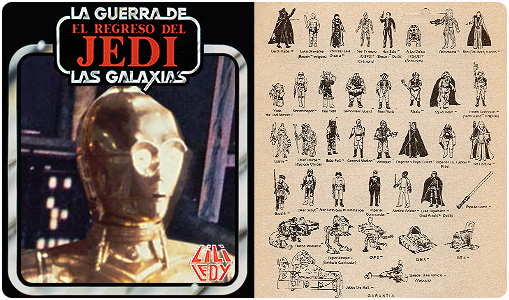 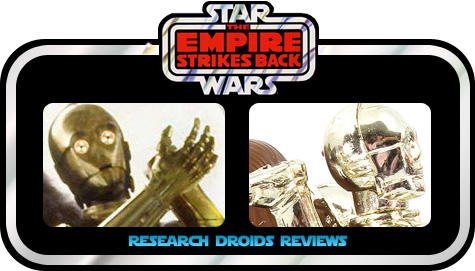 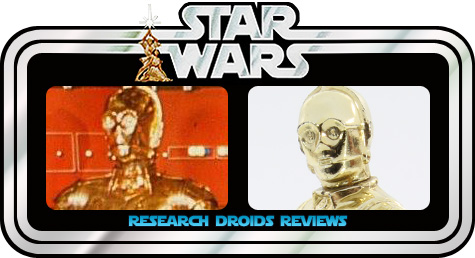