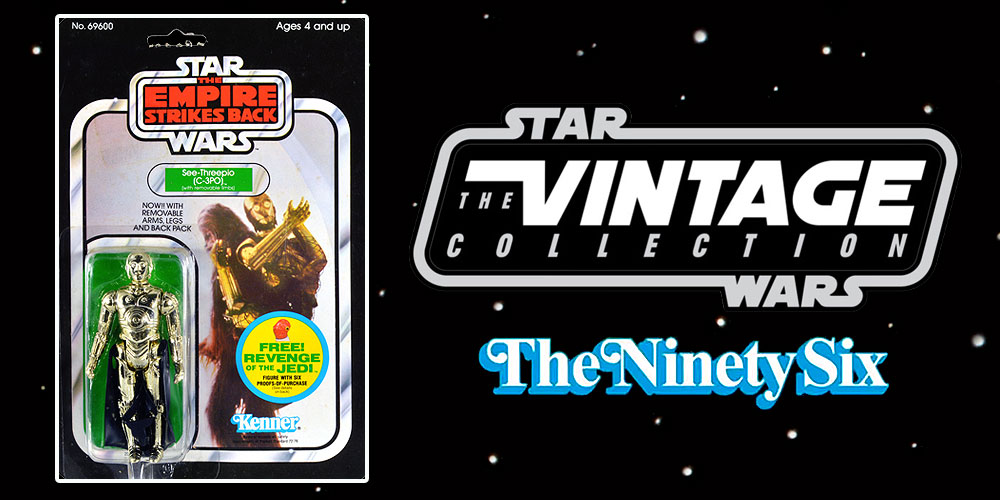 Is there a definitive modern counterpart to 1982’s ESB C-3PO (Removable Limbs)?

Some collectors regard the C-3PO “accessory” from 2002’s STAR WARS [SAGA – PHASE I] Chewbacca (Cloud City Capture) (’02 #28) figure as the closest placeholder. Others feel differently. The bottom line is that we don’t have a decent modern figure that matches the vintage Kenner figure well.

Does THE VINTAGE COLLECTION release completely satisfy the modern counterpart to 1982’s THE EMPIRE STRIKES BACK C-3PO (Removable Limbs) figure?

Collectors are still waiting for Hasbro to add this figure into THE VINTAGE COLLECTION.

No, we are too many years out from the modern versions Hasbro produced, and they do not hold up by today’s standards. However, it’s also arguable. Some collectors feel that the C-3PO “accessory” from 2002’s STAR WARS [SAGA – PHASE I] Chewbacca (Cloud City Capture) (’02 #28) figure fits the bill. Others feel the best modern update to the classic Kenner figure is 1998’s THE POWER OF THE FORCE “2” [FREEZE FRAME/THE KENNER COLLECTION] C-3PO [New Pull-Apart Feature] figure is a better match.

What does Hasbro have to do so we can check off “C-3PO (Removable Limbs)” from our Vintage Vs. Modern checklists?

Hasbro needs to develop an all-new figure and place it in THE VINTAGE COLLECTION packaging. The figure needs to come with realistic battle damage, not just removable limbs, to be movie accurate. Hasbro should create something similar like they did for 2019’s THE BLACK SERIES [PHASE III] Chewbacca & C-3PO two-pack.

Next Article: Visual Guide Update - The Mandalorian and The Child - Hot Toys