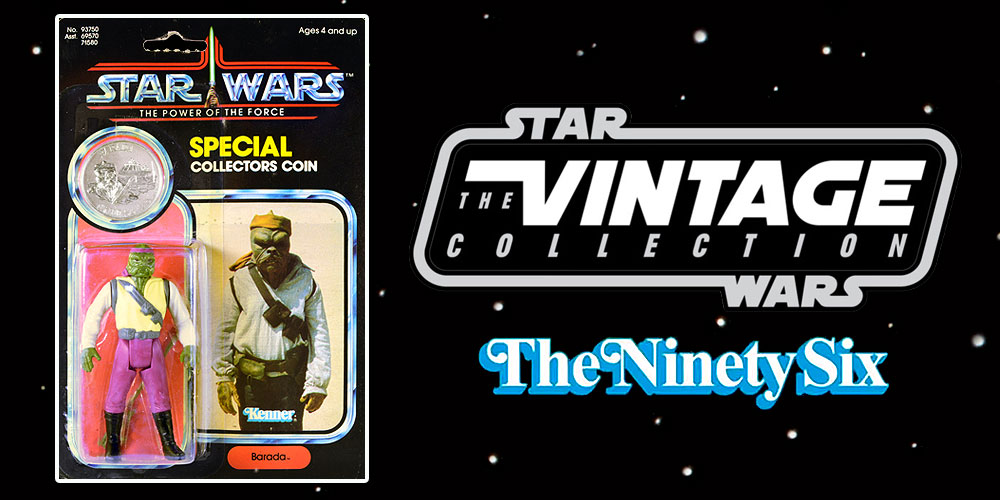 THE POWER OF THE FORCE Barada

Is there a definitive modern counterpart to 1985’s POTF Barada?

Does THE VINTAGE COLLECTION release completely satisfy the modern counterpart to 1985’s THE POWER OF THE FORCE Barada figure?

It’s arguable, but mostly yes. The 1985 THE POWER OF THE FORCE Barada action figure’s tooling is based on Barada, but the painted the figure in the spirit of Kithaba. In 2012, Hasbro released THE VINTAGE COLLECTION Kithaba (Skiff Guard) (VC56) figure to satiate demand for the 1985 counterpart. Technically, we also need Hasbro to produce a super-articulated version of Barada as well, and once they do, collectors will be satisfied. They can use the Kithaba (Skiff Guard) figure, retool and repaint it, and then all will be well.

To make things as simple as possible, 1985’s THE POWER OF THE FORCE Barada is done. You can look at it in the same light as Greedo, Walrus Man, or Hammerhead, and it’s “close enough” to meet the definition of a modern version of the 1985 Barada.

What does Hasbro have to do so we can check off “Barada” from our Vintage Vs. Modern checklists?

Many collectors would like Hasbro to produce a modern super-articulated version of Barada for THE VINTAGE COLLECTION. Other than that, we’re done with this figure.