Everything You Need To Know About The Vintage Collection Han Solo (Endor [In Trench Coat]) (VC62) Re-release!

The Vintage Collection Han Solo (Endor [In Trench Coat)]) (VC62) figure is a frustrating release. But, we have to give Hasbro credit. They made this figure look as good as it likely ever will unless they tool a new figure. The Photo Real updating is excellent, and the new color of the trench coat is great. But Hasbro changed a long-running name on this figure which will upset Kenner purists. It has many other enhancements as well. We took the time to break it all down for you by producing an all-new 80-image gallery complete with all versions (2006, 2011, and 2021) featured, comparison shots, diorama shots, and a breakdown of what separates the two releases in the Collector Notes. Check out this excellently updated figure in our RDRs now! There’s more difference here than you may realize.

END_OF_DOCUMENT_TOKEN_TO_BE_REPLACED

The Black Series 6″ Han Solo (Endor) figure is not bad! But where are the Rebel Commandos? (more….) 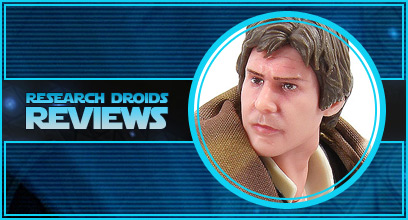