What Is The Best 6-inch Scale Kylo Ren Action Figure? 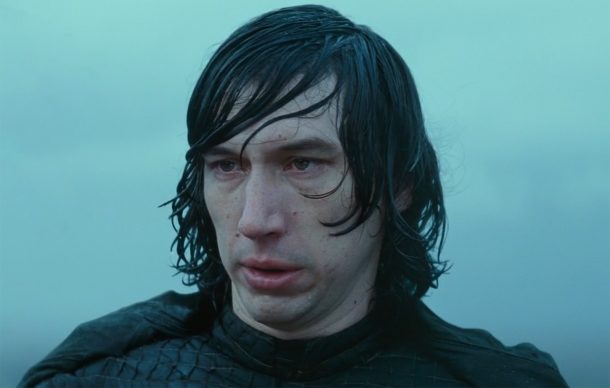 Would a Kylo Ren action figure cheer him up?

END_OF_DOCUMENT_TOKEN_TO_BE_REPLACED

Battle Of The 6-inch Figures!

Today I want to continue the 1/12 scale Star Wars action figure retrospective. Previously I focused on single characters. For this article I focus on characters and figures that don’t warrant an article of their own, but which have still various options available and where it makes sense to talk about what is the “best” or “ultimate” version. In this article I cover the characters Count Dooku, Mace Windu, C-3PO and R2-D2! So click through for the battle of their 6-inch action figures!

Count Dooku is very much looking forward to this battle

END_OF_DOCUMENT_TOKEN_TO_BE_REPLACED

Now that’s a surprise. Mafex haven’t released or announced a Star Wars action figure in ages. But now their version of The Mandalorian action figure has leaked. The reveal is a quick photo of some magazine page, and in true leaker fashion a potato camera was used, oblique angle as well, I tried my best to make the photo somewhat better. Based on the leaked magazine it could very well be that Mafex knocked it out of the park once again. Their Boba Fett action figures (both TESB and ROTJ) are the best you can get, and it seems the Mandalorian may continue that tradition. Not much else is known at the moment. It’s also unknown if Baby Yoda aka The Child will come with the figure. Baby Yoda is shown, he’s appropriately tiny as well, but in the photo with the accessories Baby Yoda is missing. Price for the Mandalorian could be 8900 Yen (based on what is barely legible in the photo of the magazine page) – which is ca $83 / 77 Euros – which is in line with previous figures. We’ll keep you posted! Click through for a few more photos of the figure, inckuding a shot with Baby Yoda and a comparison with the SHF version! 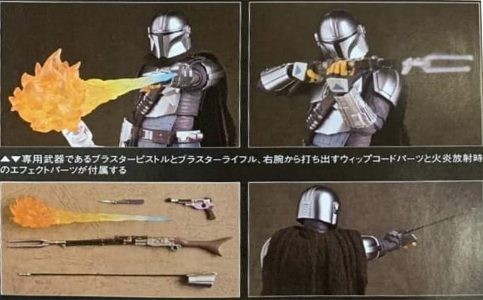