Battle Of The 6-inch Figures!

Today I want to continue the 1/12 scale Star Wars action figure retrospective. Previously I focused on single characters. For this article I focus on characters and figures that don’t warrant an article of their own, but which have still various options available and where it makes sense to talk about what is the “best” or “ultimate” version. In this article I cover the characters Count Dooku, Mace Windu, C-3PO and R2-D2! So click through for the battle of their 6-inch action figures!

Count Dooku is very much looking forward to this battle

Let’s begin by looking at the most iconic and most famous Star Wars droids: C-3PO and his best friend R2-D2. There are quite a number of options available for both characters.

To remind everyone how C-3PO and R2-D2 are supposed to look here is a production still from A New Hope. 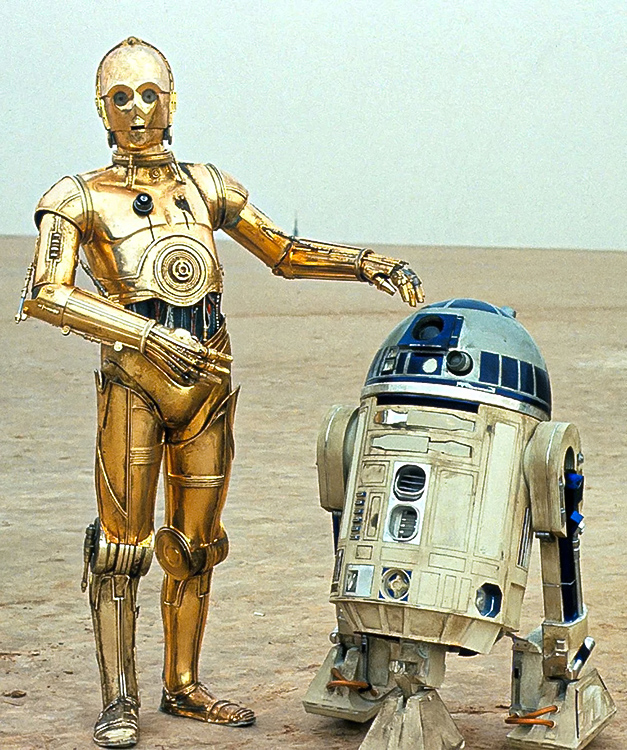 R2-D2 is not looking entirely screen accurate here and C-3PO’s eyes are not illuminated, but the overall shape, size and proportions of the characters are of course just like in the movie.

So to sum things up: the Black Series R2-D2 figure is the worst of them all, by quite a margin. The Mafex R2 is a really great version and it also comes with some useful accessories, but you also get another figure you really don’t want to own. The SHF R2 figure is in perfect scale, uses high quality materials and looks pretty much perfect. Also, I think the blue on the SHF R2 looks slightly more accurate than the blue Mafex used. The model kit is actually the cheapest option, comes with an additional R5 droid, but for best results it requires paint. The SHF R2 is therefore the best action figure, since it requires no additional work at all.

Now that we have looked at R2-D2 it’s time to look at action figures of C-3PO. Which version is the best? Let’s find out!

So what is the ultimate C-3PO figure? It depends. Based on looks the model kit is the very best version of C-3PO, even without any paint applied the figure looks excellent. However, you do get the clean medal ceremony version. But none of the action figures of C-3PO are weathered either. Only the Mafex C-3PO has some weathering applied to it, but nowhere near enough for his look on Tatooine. The vac metalized Bandai C-3PO has to be seen with your own eyes, photos of him always look weird due to the many reflections.
If building model kits is not your thing then I feel that the SHF C-3PO figure is overall the best you can get. Details are extremely crisp, there are zero QC issues and apart from the somewhat elongated neck to allow for head articulation the sculpt is quite excellent. You also get more articulation than with the Black Series version. Of course with the SHF C-3PO you only get one version of him (you can replace the face plate however with a dented version). But I would guess that many prefer the silver leg version.

Next up is Mace Windu. We have two options for him. The Black Series and S.H.Figuarts. Which one is better?

So what is the best Mace Windu 6-inch scale figure? I would say it’s probably a draw here. You cannot go wrong with either version of Mace. If more fluid and the overall much better articulation matter to you and a somewhat less plasticky look overall then SHF Mace Windu will be your preferred version. Also, the SHF figure has somewhat more accurate tunic colors (in my opinion), but in actuality both TBS and SHF Mace look about the same.

So what is the best Count Dooku figure? The answer is quite easy: the Black Series Count Dooku just looks a lot better than the SHF version. Figuarts sometimes have the tendency to over-engineer things, and Count Dooku is a victim of that. Also, while the cloth cape faithfully replicates the look of the movie cape it’s virtually impossible to drape. I used a paper clip to make it look better, with the paper clip that holds the cape together it does look actually pretty great and just like in Revenge of the Sith, but you shouldn’t need to use a paper clip to make the cape look ok. But even then the terrible, terrible chest articulation ruins the overall aesthetics of the figure. No chest articulation would have been the much better choice here.

And that concludes today’s battle of the 6-inch scale Star Wars action figures!

To sum up things one final time:

Best R2-D2: the SHF R2-D2, followed by the model kit which does require some extra work though for best results. The TBS astromechs are just bad and the sculpt should be retired.

Best C-3PO: the Bandai model kit, hands down. The best action figure that requires no assembly is the SHF C-3PO. The (more recent) TBS versions look ok, but are somewhat too short and the gold color is the worst of all the C-3PO 1/12 scale figures.

Best Mace Windu: it’s a draw between SHF and TBS Mace Windu, if looks are all that matter to you. If you prefer premium materials, a somewhat less plasticky look and the more fluid articulation then SHF Mace is the version you want.

Best Count Dooku: the Black Series Count Dooku beats the SHF version where it matters: overall aesthetics. SHF Dooku may have the better accessories and better overall articulation, but the articulation also destroys the sculpt here and the cape looks horrible without using something like a paper clip to drape it properly.

What are your favorite 6-inch scale action figures of R2-D2, C-3PO, Mace Windu and Count Dooku? Do you hope Hasbro will eventually retool and redesign their astromechs in the Black Series from scratch?