Welcome to another entry in our The Vintage Collection: The Ninety Six column. Hasbro recently committed to collectors that they will be “focusing” on characters in The Vintage Collection that fall under “The Ninety Six” banner. If you’re new to this, it means that there needs a modern counterpart for every classic Kenner figure. Between 2020 and 2021, Hasbro’s made an admirable effort by focusing on these characters. But there is more work to be done, and we’ll figure out where we are step by step. Today we assess (Twin Pod) Cloud Car Pilot. 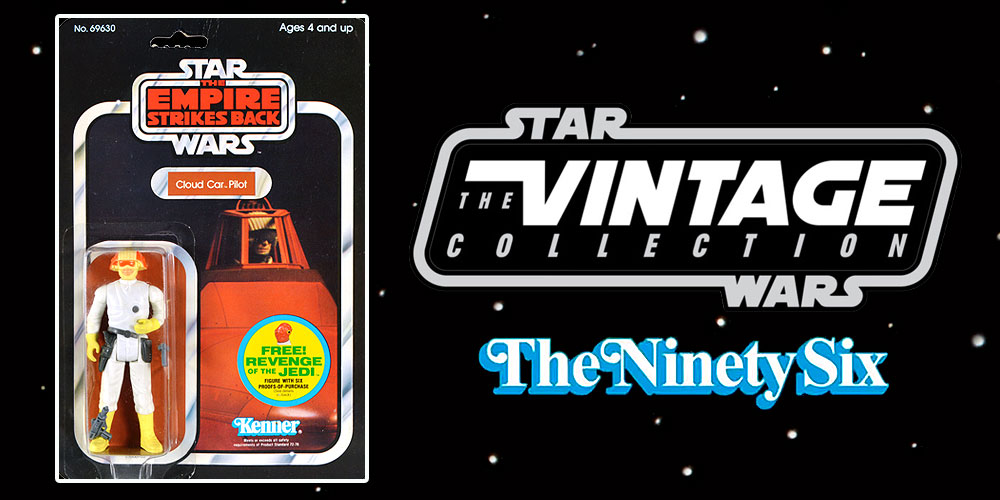 Yes. Aside from a much-needed reissue with Photo Real technology, collectors can consider this character done. However, it’s important to note that THE VINTAGE COLLECTION update to the (Twin Pod) Cloud Car Pilot is not a 100% perfect match to the vintage Kenner release.

Yes (and no). While we feel this character is checked off of our lists, the 2010 release does not entirely match the vintage Kenner release. The 2010 TVC release is based on concept art by Nilo Rodis Jamero, while the classic Kenner figure is based on the stop motion animation model used in the film. The closest any licensee has gotten to this sample is Galoob, who developed a Micro Machines version of the Cloud Car Pilot. (See our (Twin Pod) Cloud Car Pilot entry for more information on this.)

It’s probably safest to assume that the (Twin Pod) Cloud Car Pilot figure is done for THE VINTAGE COLLECTION. It would be wonderful to get a scree-accurate version of the stop motion animation puppet used in THE EMPIRE STRIKES BACK (the one Galoob created). Still, it’s unlikely that Hasbro will revisit this character in a 3.75-inch scale.

What does Hasbro have to do so we can check off “(Twin Pod) Cloud Car Pilot” from our Vintage Vs. Modern checklists?

Unless Hasbro develops a revised (Twin Pod) Cloud Car Pilot for THE VINTAGE COLLECTION, we should consider this figure completed.