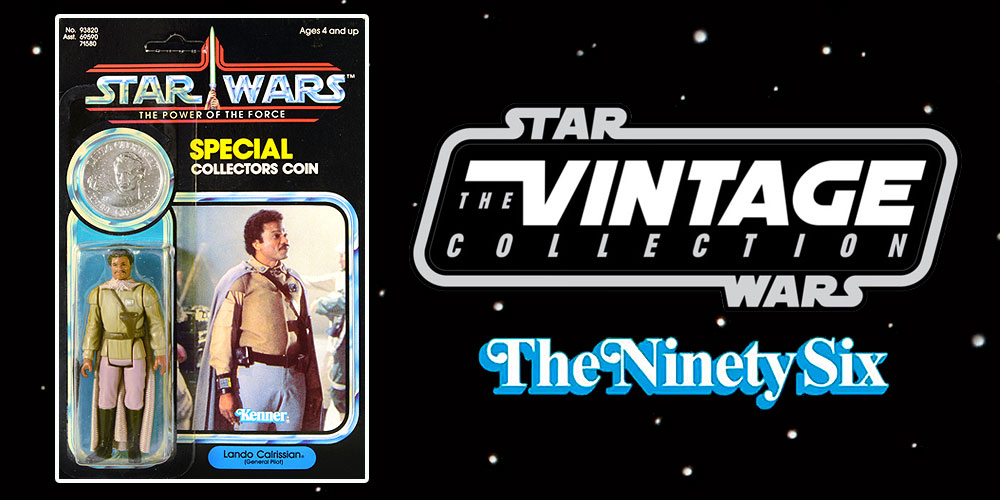 THE POWER OF THE FORCE Lando Calrissian (General Pilot)

Is there a definitive modern counterpart to 1985’s POTF Lando Calrissian (General Pilot)?

Has Hasbro added this character’s card art and action` figure into THE VINTAGE COLLECTION? And is it definitive?

Does THE VINTAGE COLLECTION release completely satisfy the modern counterpart to 1985’s THE POWER OF THE FORCE Lando Calrissian (General Pilot) figure?

General Lando Calrissian (VC47) may not be perfect, but it’s an excellent release nonetheless, and the Photo Real update with shortened cape fixed the figure’s most significant issues.

What does Hasbro have to do so we can check off “Lando Calrissian (General Pilot)” from our Vintage Vs. Modern checklists?

Nothing. This character is done in THE VINTAGE COLLECTION. Hasbro, of course, is welcome to re-release this figure on THE POWER OF THE FORCE card if they so desire.

Next Article: The Book of Boba Fett "Authority" Teaser Trailer