It's Friday Night, Let's Have Some Fun

Friday nights are usually quiet here on JTA. Maybe the right time to discuss some crazy things. By crazy I mean “fun”, not meant to be taken seriously. So please don’t be upset or think any of what I will post after the break is true, or necessarily real. But I learned about a wild The Rise of Skywalker theory tonight, that sounds so crazy… that it might be true, if JJ Abrams and Chris Terio maybe smoked one too many while writing the script 🙂 So please click through for the theory. Stay away if you don’t want to discuss potential spoilers for The Rise of Skywalker! 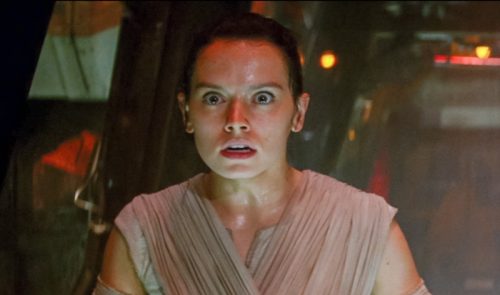 Even Rey didn’t see that coming

So while browsing the interwebs tonight I came across an article on inverse.com about some completely crazy rumor/theory for The Rise of Skywalker, however, a rumor so silly and crazy that it might actually be true if JJ wants to shock audiences with a bang and bring the Star Wars saga full circle.

My apologies if you already know about this rumor, it’s several months old, but I only learned about it today… at first I smirked, then I shook my head, then I thought about it a bit and now it makes a lot of sense in a scary way…

So what is the theory?

The theory is that Rey is actually Shmi Skywalker and that she’s therefore the mother of Anakin and founder of the Skywalker family.

The theory goes that Palpatine has some crazy scheme, which involves time travel (and since Rebels first introduced the World between Worlds it’s not longer impossible in the Star Wars universe) and that right at the end of The Rise of Skywalker

Now, to make that clear, this is just a crazy rumor and most likely not true.

Another (more credible) rumor for the ending of TROS is, that the last scene will be set on Tatooine, maybe a twin sunset. However, that also fits with the theory of an amnesiac pregnant Rey staring off into the distance, wondering who she is.

The guys from Red Letter Media also posted their own time travel theory a short while ago.

So on the very, very slim chance that it may all be true… what do you think about that? Rey being the root and cause of everything in Star Wars? Anakin, Luke, Leia, Kylo… all lived because of Rey. The Skywalkers rise through Rey, because she is the mother of Anakin who was thrown back in time. Everything begins with Rey, everything ends with Rey.

Love it? Hate it? Will JJ have to leave the US and assume a different name after the movie opens and Star Wars fans worldwide will want his head?

Now, please don’t take any of this even remotely seriously. This is just about having some fun. Feel free to post your crazy theories about the movie! I think this time travel and Rey is Shmi rumor is so silly, that it would be fun if it were true, just to see how the world reacts to that! What would you like to see? Can you come up with some even crazier theories of your own?

Previous Article: Statement By Hasbro About New Tariffs On Toys