The Vintage Collection: The Ninety Six - THE POWER OF THE FORCE Artoo-Detoo (R2-D2) with pop-up Lightsaber

Welcome to another entry in our The Vintage Collection: The Ninety Six column. Hasbro recently committed to collectors that they will be “focusing” on characters in The Vintage Collection that fall under “The Ninety Six” banner. If you’re new to this, it means that there needs a modern counterpart for every classic Kenner figure. Between 2020 and 2021, Hasbro’s made an admirable effort by focusing on these characters. But there is more work to be done, and we’ll figure out where we are step by step. Today we assess Artoo-Detoo (R2-D2) with pop-up Lightsaber. 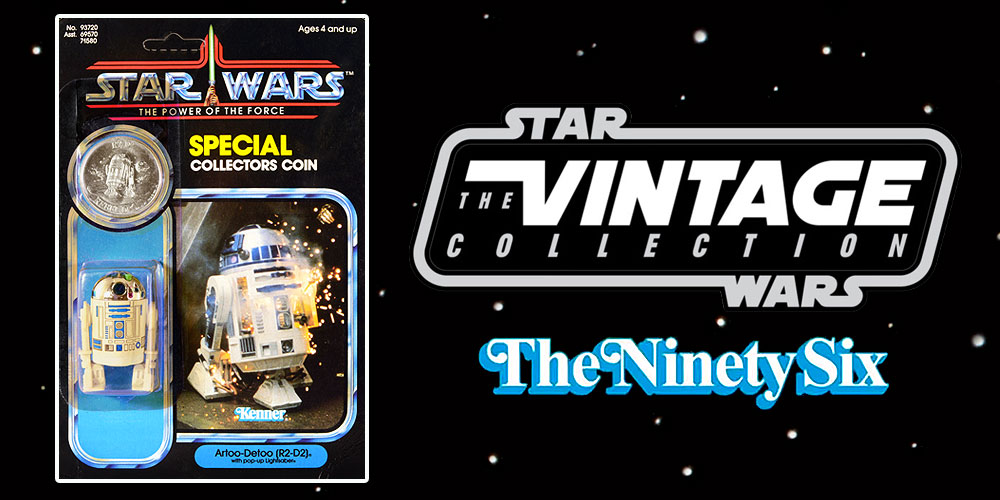 Is there a definitive modern counterpart to 1985’s POTF Artoo-Detoo (R2-D2) with pop-up Lightsaber?

Does THE VINTAGE COLLECTION release completely satisfy the modern counterpart to 1985’s THE POWER OF THE FORCE Artoo-Detoo (R2-D2) with pop-up Lightsaber figure?

Mostly. This figure features the “pop up” lightsaber feature, and that’s what sets apart that version of Artoo-Detoo from the rest of the figures in the Kenner Star Wars line.

Some feel 2010’s TVC R2-D2 (VC25) figure is too small in scale. Also, many want to see the original card back featuring R2-D2 hit by Stormtrooper blaster fire in front of the bunker. But Hasbro did the correct thing by updating the card art image with a scene from the sail barge for THE VINTAGE COLLECTION.

What does Hasbro have to do so we can check off “Artoo-Detoo (R2-D2) with pop-up Lightsaber” from our Vintage Vs. Modern checklists?

Hasbro can release an all-new version of this character if they wish. The current release isn’t perfect, and collectors prefer perfection for this premium line of action figures.