The Razor Crest is only a very short time away from reaching 13,000 backers, which unlocks the carbonite blocks. And now Hasbro added another two additional unlocks. What could they be? Lights? Another figure, maybe Kuiil? What do you think the two additional unlocks will be? Leave your guess in the comments!

UPDATE: The Razor Crest now has 13,000 backers and the third tier is unlocked. Unlock #4 will probably be revealed later tonight. 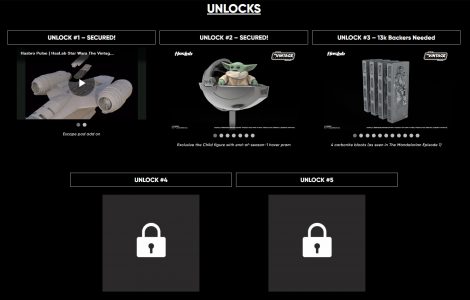