Good morning everyone! I hope this week was successful in satisfying your itch for collecting. I was able to add a few new pieces to my collection, so please click through to check it out and share your week in Star Wars in the comments!

This week I went to the only Five Below in Arizona. I found every one of the final Solo 5poa wave except the Han mudtrooper that I’ve been searching high and low for!!! Rather aggravating. They really need to get on making that TVC one Paul rumored in this review. Although the rumor was for the last quarter of 2019, so we’ll see what happens! 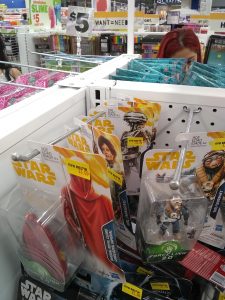 Next, (because it is in the same mall) we went to a Disney Outlet store. They had stacks of these build-a-droid packs. I got the 4 pack – I mean, who can pass it up for only $16? The other set was only $8, but I didn’t want the green droids as much. Apparently Paul hasn’t had a chance to review this droid set, but I want to say, R5-P8 is one of my favorite astromechs. Each appears in the Clone Wars, and Disney really did a fine job picking these droids to make a pack of. 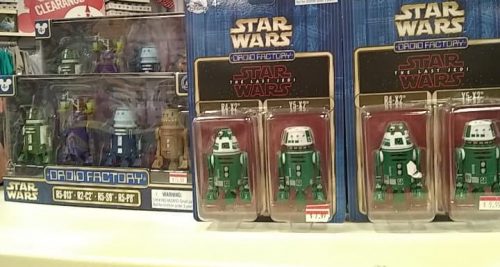 Lastly, and certainly not leastly I received 3 shadow troopers in the mail from Amazon (and they were in great shape!). Each was promptly opened, of course. I decided that they are the same troopers as my 3 Mimban Stormtroopers, Captain Arcad, Musket, and Duo after their distinguished service in the battle Mimban. They are glorious figures. I really need more Rebels for them to fight, though. Whether that is Mimbanese resistance or well-known rebels like Hera and the Phantoms, or some Rogue One troops I care not. 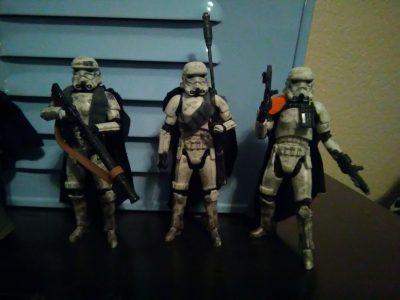 From left to right, Duo, Musket, and Captain Arcad 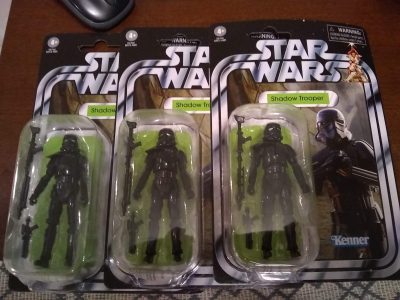 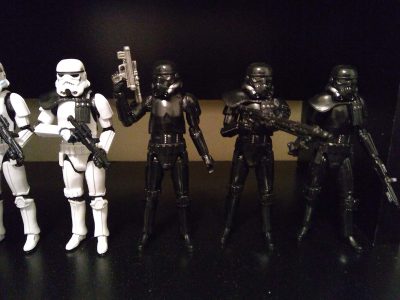 From left to right, Duo, Musket, and Captain Arcad

There we have it, folks, my week in Star Wars. Please share your finds this week in the comments below!

Next Article: Let's Have A Spoiler Filled Discussion About The Rise Of Skywalker Trailer!