Let's Have A Spoiler Filled Discussion About The Rise Of Skywalker Trailer!

We all saw the final trailer for The Rise of Skywalker last night. It was extremely light on story, to the point that it didn’t give away anything at all, but instead was filled with beautiful, sometimes breathtaking imagery and epic scenes. But the trailer also confirms basically everything that was reported in leaks weeks ago. Which begs the question if the rest of the leaks, the leaks about story and plot are also true. So let’s have a final discussion about The Rise of Skywalker spoilers!

Absolutely stay away from this article if you don’t want to read potential spoilers! If you want to discuss spoilers, then please click through! There’s much to discuss! 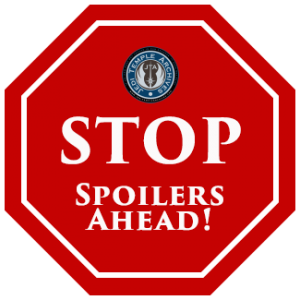 Final warning! Turn around NOW if you inadvertently clicked on the article link, unless you want to read about potential spoilers!

Weeks ago a detailed synopsis of the Rise of Skywalker was posted on Reddit by someone called “JediPaxis”. People were wary, understandably, because without any proof it’s always better to be cautious. But now that the trailer was finally released it may very well be that the leaks are true.
Because virtually everything you saw in the trailer last night is also found in the leaks. And that may be a huge problem. Why?

Well, the leaks also do something which the trailer doesn’t, they give away the basic plot. And this is where the potential issues may arise. But to talk about it we need to talk about the leaks.

Things from the trailer that are also in the leaks include…

Now while some of these things, for example the speeder chase scene, were shown months earlier many of the other things are new to the trailer and unless the source for the leaks had early access to the trailer and just made up things based on that… the source has actual inside info about the movie and the plot.

So based on the assumption that the Reddit leak may be quite accurate, why could that be problematic for the movie?

Because of certain key plot elements and character arcs.

What I see as potentially problematic for some fans follows now.

Overall, the most potentially problematic elements in the movie are Rey’s parentage (or “grand-parentage”), that she assumes the name “Skywalker”, making her a Skywalker in name only (unless we assume that Anakin is Palpatine’s child through the Force and thus Rey is related to the Skywalkers by blood after all?) and Kylo’s alleged unceremonious death, or at least disappearance.

Of course the leaks still lack much context. And the information is not complete. However, with the trailer 100% confirming what we read in the leaks (at least as far as the scenes shown in the trailer are concerned), it may be very likely that the entire leak is accurate.

That leaves the big question: how will you react when Rey is actually shown to be Palpatine’s granddaughter? When Rey assumes the name “Skywalker” in the end? When Kylo is killed off (or at least disappears into a pit) just like that by Palpatine?

I think that fans of Rian Johnson and The Last Jedi may not like how Rise of Skywalker undoes the few things The Last Jedi tried to set up, especially Rey’s “you’re no one” background, she IS special after all, in true Star Wars tradition.
And Reylo fans worldwide will probably absolutely hate it that Kylo gets thrown into some bottomless pit, never to be seen again.

Other things from the leaks:

So, what do you think? How do you think the average Star Wars fan will react when the leaks are actually all true? And how will you react? Of course a lot depends on context and execution. Maybe the actual scenes in the movie will work. But on paper, in the current barebones description we have, I think the movie may face a backlash by several angry fan groups. It will certainly be interesting to see what happens on the first weekend. I still hope the movie will be entertaining and exciting. But will it really be a satisfying conclusion to the Skywalker saga? With all Skywalkers dead and Rey a Skywalker in name only?