How Sustainable Is The Black Series?

Yes, this is part of the #fightforTVC campaign, but I pose this as a legitimate question to 6″ Black Series collectors. For over 40 years, 3.75″ action figures have dominated the Star Wars collecting market. Only a few years ago, the 6″ Black Series line entered the scene, and has since grown into a line with many new figures per year and a large collecting group. But how long can it continue? Is collecting 6″ figures sustainable? Let’s explore a few reasons why it may not be… 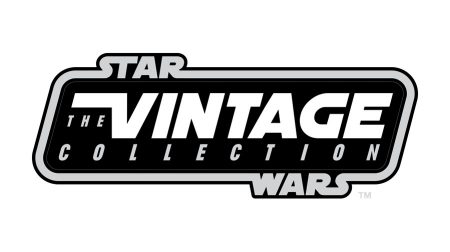 Six inch figures have their appeal. They are very detailed, articulated, and the line certainly gets more new figures than the 3.75″ line right now. However, 3.75″ collectors have been buying action figures for 40 years. The line has been rich in deep-cut characters, vehicles, and has allowed collectors to purchase more due to space and affordability. These are some things that I believe the 6″ line will have a hard time competing with, and are reasons to ensure 3.75″ is once again renewed to its former glory.

How many 3.75″ figures do you have? I have approximately 500 figures, all modern, and another hundred pre-2000’s figures. I have another box of fodder for customs, and 3 boxes of ships and vehicles. My collection is small compared to others. On display I have about 200 figures, and a handful of ships until my permanent shelf displays are finished. Here is a picture of my main shelf (sorry, it’s kind of dark). 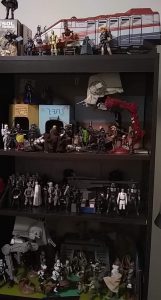 As you can see, I have a decent assortment of rebels, ships, imperial troops, and bounty hunters. Remember, I have about 200 figures physically on display. It takes up these shelves, and only a couple more on the same wall nearby. We’ve only just broken about 200 figures in the 6″ Black Series line. Do you have all of them? How much space does your collection take up? A friend of mine has about 250 6″ figures, mostly Star Wars. They take up about 9 shelves across two walls of his study, not including the giant FO TIE fighter perched atop their tallest shelf. Do you have a large TBS 6″ collection? How would your collection be different if they were 3.75″ figures instead?

If you do have all 200+ 6″ TBS figures, not including multiples, you likely have spend well over $4000 (avg $20 each). For that same amount of money, you could have bought an additional 100 3.75″ action figures (at $13 each)! JTA friend Tyler F. shared with me a couple photos of his massive army of phase one clone troopers and Rogue One stormtroopers. All these figures only take up a couple shelves, cost 3/4ths of what it would to own all 200 6″ Star Wars figures, and this is only a small part of his collection. 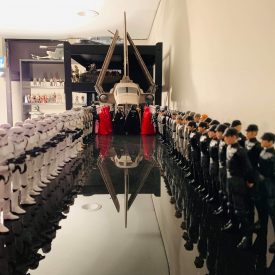 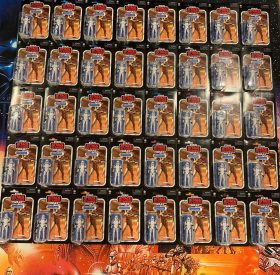 If you’ll notice in the photos of my collection and Tyler’s, you’ll see a fair amount of vehicles spread throughout the display. This is the last point I wanted to touch on. The TBS 6″ line has, so far, 2 ships, and 5-6 speeders in it’s 8 year history. Will Hasbro ever make a 6″ scale Millennium Falcon? How many people would have the space to display it, an how much would that cost? 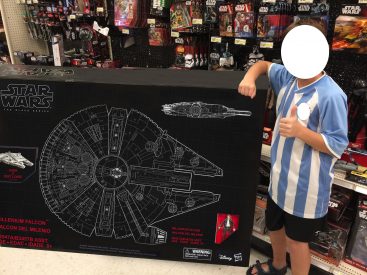 This is probably still too small for Black Series Scale. credit to the RPF for the photo.

I already know of 6″ collectors who aren’t buying the new snowspeeder because of it’s size. If they announced a whole 6″ Rebel fleet of ships today, could you fit it all in your collecting space? Would you be able to keep up with the costs associated with large-scale ships like the Falcon, or StarSpeeder1000, Sandcrawler, or Republic Gunship?

In the end we find ourselves with three problem areas facing the 6″ line. Space, cost, and ships are all things the 3.75″ line has offered collectors for decades. The space needed for collecting 6″ is prohibitive. The costs associated with continuing the line are only good for Hasbro. Finally, there will unlikely be any large ships produce for TBS collectors.

All three of these (space, cost, and ships) form a trifecta of compromise that can cause legitimate issues in the long run for the 6″ line. To me, this is all the more reason to continue the #fightforTVC, and for Hasbro to #backTVC as it is a more sustainable venture.