Weekend Fun: Who Do You Want To See In Star Wars?

You all read the news, Kevin Feige will develop a Star Wars movie. And Kevin Feige already has an actor in mind that he would love to see in Star Wars. That opens up a lot of possibilities. Will it be an actor we have seen in the MCU? Will it be someone else? It will certainly take quite a while for details to emerge, that gives us the opportunity to play casting director. Who would you like to see in Kevin Feige’s Star Wars movie? Click through for a bit more! 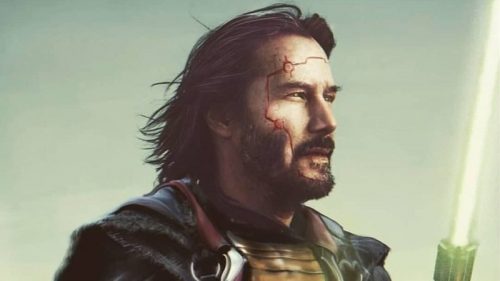 As mentioned, the actor doesn’t need to be from the MCU, Kevin Feige never even mentioned the Marvel franchise.

YouTube channel Collider limited their question to MCU actors only on Twitter and they received a very prominent reply: 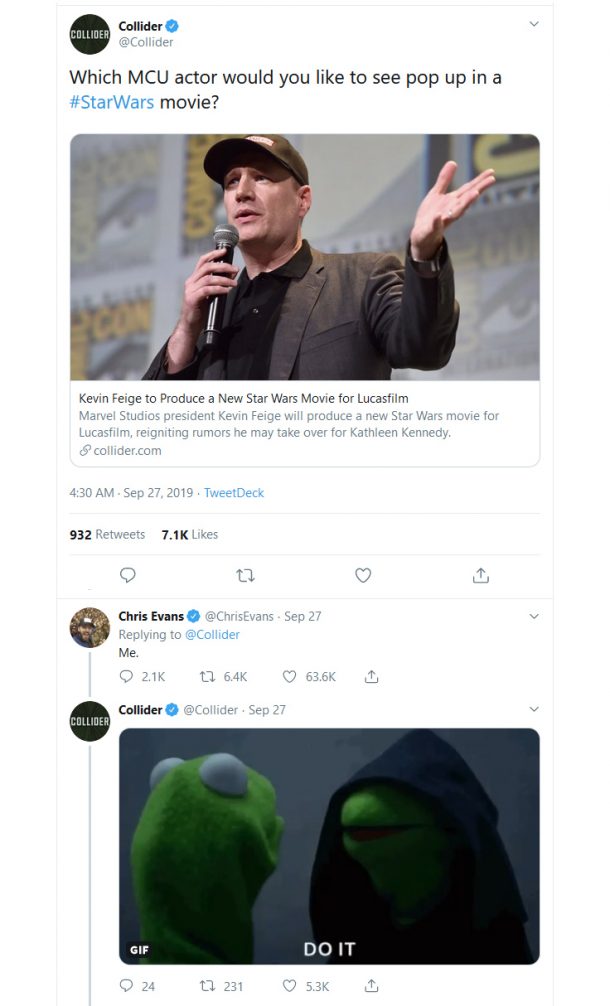 And then there’s Brie Larson, who posed in Jedi Robes before and seems to be a huge fan of Star Wars, and she is offering her services: 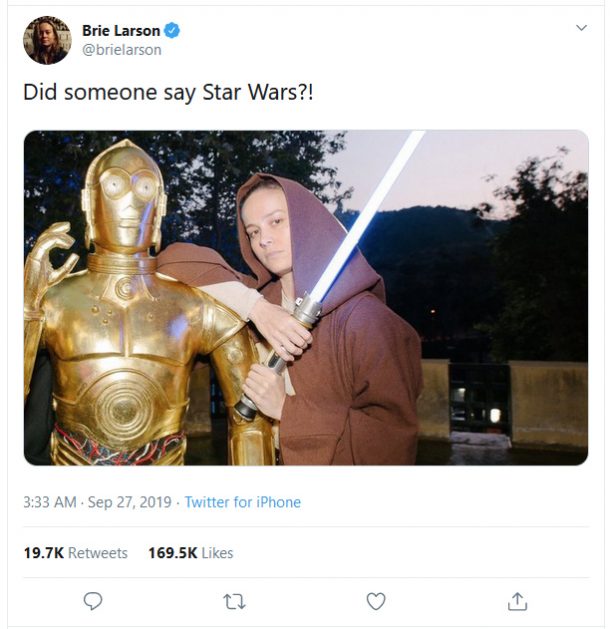 But as mentioned, let’s not limit the choice to just MCU actors. Who do you want? Keanu Reeves? William Shatner? Celina Jade (she was “Shado” on Arrow), Chris Hemsworth? Karen Gillan? Idris Elba? Dwayne Johnson? Bryan Cranston? Jessica Chastain? (I just noticed I suggested two female redheads… that would be a new look for the female (main) character…)

The other question is if casting a well known and established actor for the lead is maybe counterproductive and if it’s not just better to cast unknowns as the leads and the established actor as the “mentor” figure? Would people ever NOT think “Captain America”, when they see Chris Evans in a Star Wars movie?

Next Article: TVC Stormtrooper (Mimban) In-Stock At Walmart.com For $10.99