The script for Colin Trevorrow’s Episode IX has finally appeared online! It was leaked a while ago, but until now fans had no access to the script itself and had to rely on other people summarizing it. But earlier today a Twitter user posted a link to a file hoster that will allow you to download the full script! I downloaded the script and checked it, it seems legit. It’s the version from December 16, 2016, shortly before Carrie Fisher passed away. I cannot post a link here, but I will point you to the Tweet that will give you the download link. Just click here to go to the Tweet! You’d better hurry if you want to read it before Lucasfilm has the link removed! 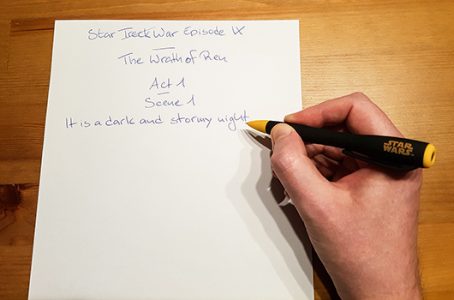