REY!!!! Hasbro produced WAY TOO MANY Rey figures during the Disney Trilogy. Rey (Starkiller Base) from The Black Series [Phase III] Titanium Series 3.75″ line is one of the worst. (more….) 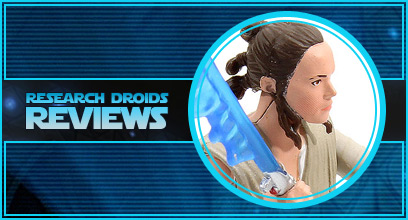 And Now For Something Completely Different

Paul talks about The Walking Dead from time to time here on JTA, so I thought, heck, why can’t I go off topic too, at least once… Also, it’s Friday night, things are usually slow now, not much going on, why not talk about something completely different? Let’s talk about Star Trek! That other franchise, right! However, I will also touch on Star Wars in my, let’s call it “rant”, so it’s not as off-topic as Paul’s TWD articles. Click through for my rant!

“Spock” (or is it Ash Tyler???)  kisses Michael passionately