The Bad Batch Is The Number 1 Original Series On Disney+ 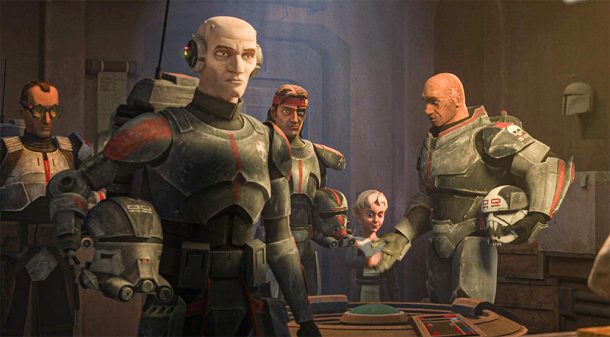 The Bad Batch is the most watched original show on Disney+. It’s of course unknown how much of that is an effect of the movie length pilot episode and whether or not the show will maintain a spot on the top 10 list in coming weeks. Still, it’s rather impressive for an animated show to perform so well. Here is the top 10 streaming charts for original shows from Nielsen:

To provide some perspective though: The Mandalorian season 2 typically had 1+ billion minutes of streamed content when it was released. The Bad Batch has roughly 20% of The Mandalorian’s numbers, which shows just how much of a draw The Mandalorian is.

But even with just 20% of The Mandalorian’s numbers, The Bad Batch is still the most streamed original show on Disney+ in a chart that is otherwise dominated by Netflix.

What is certainly very, very interesting to see here is that The Bad Batch, an animated show, don’t forget that, outperforms a high profile live action Marvel show with actual movie characters. The Falcon and the Winter Soldier is still the second most watched original show on Disney+, but it’s a strong statement about the actual draw and popularity of Star Wars when an animated show has more viewers/views than a Marvel series. So much for “Star Wars is dead”.

The top spot for Jupiter’s Legacy (yet another superhero show) on the charts didn’t save it from cancellation by Netflix after just one season. Bad news for Matt Lanter, whose previous (live action) show, Timeless, was also cancelled rather early. Let’s hope he is more lucky next time! Maybe Disney+ could give him a role in an upcoming (live action) Star Wars series?