Let’s make this real quick, because not all that many actually new things were revealed.

The focus of the presentation was the 40th anniversary line for The Empire Strikes Back. The two waves for the Black Series figures on ESB vintage cards were shown.

The Bespin Luke figure comes with an all new headsculpt with a separate hair piece. And of course all figures will have photo real paint apps! 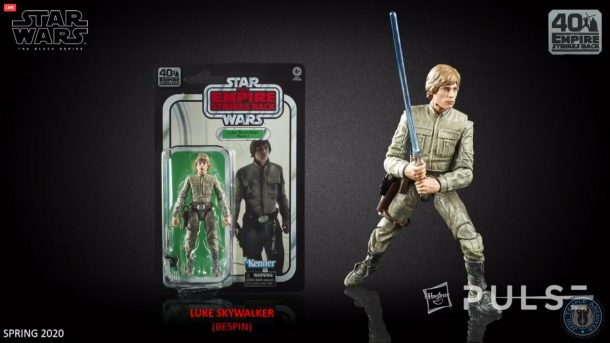 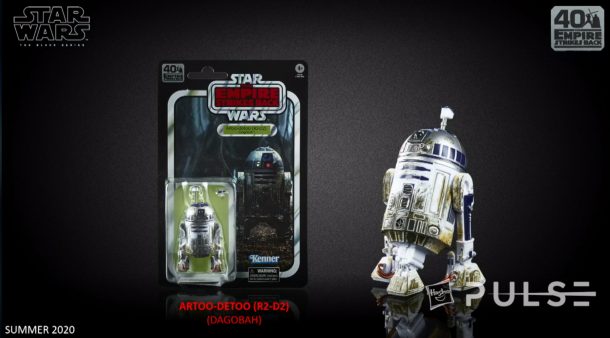 The Hoth Rebel Soldier comes with an alternate faceplate! There are several configurations possible, since he comes with two blasters, a removable backpack and the alternate face plate, so most collectors will probably want a couple of the figures to troop build. 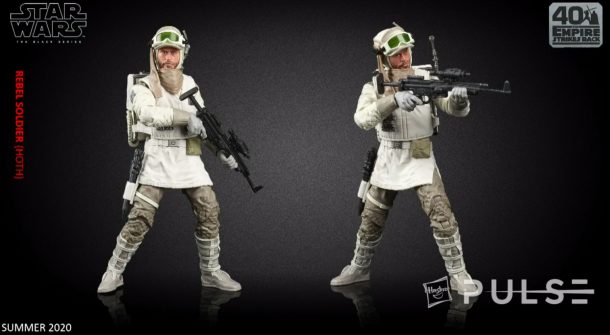 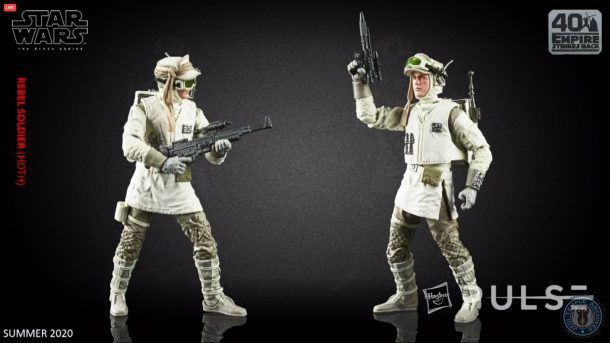 Snowspeeder Luke is an all new figure and shares no parts with X-Wing Luke! 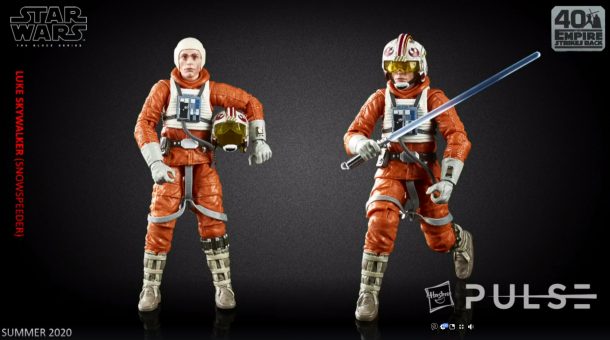 And there will be an additional deluxe Empire Strikes Back figure, the previousdly leaked Imperial Probe Droid. 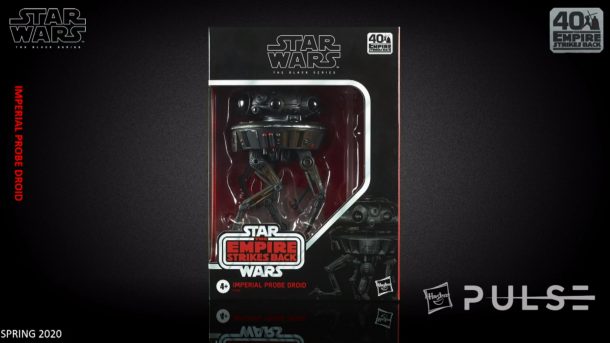 And here are all the Empire Strikes Back Black Series figures on cardback: 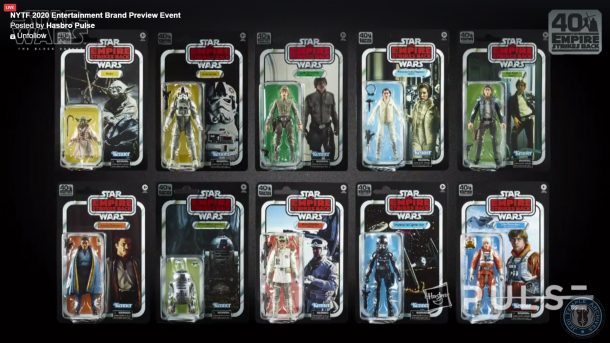 There are two all new figures, one figure with a new headsculpt, R2 with new deco and six repacks, with Lando coming with photo real paint apps for the first time.

But the big news was the rumored vehicle for The Black Series. And it’s the Snowspeeder!

UPDATE: the price is $120! Which sounds somewhat reasonable for a somewhat larger vehicle that comes with a figure. The TVC Slave 1 is $140 in comparison, and it comes with no figure at all. 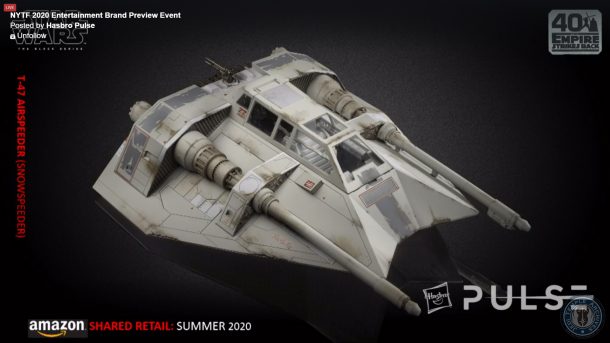 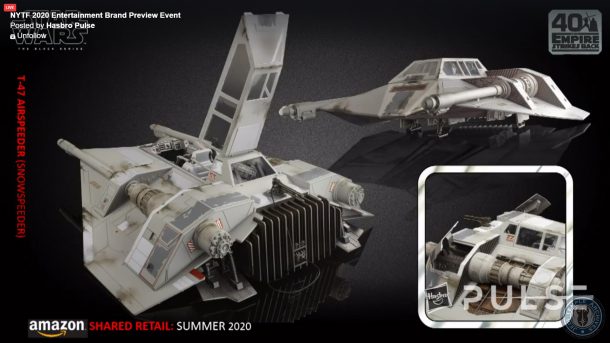 It comes with a grappling hook of course. 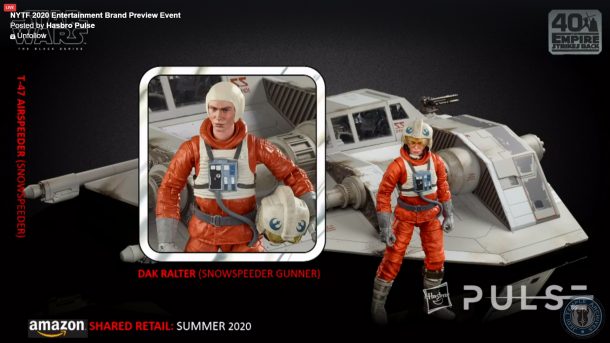 And this is the figure exclusive to the set, Dak Ralter with removable helmet.

As mentiones, nothing was said about the price. International collectors will probably be happy that the Snowspeeder will available as a shared Amazon exclusive, this means ordering directly from the USA to save some money will be an option.

And that’s it for the Black Series! The Hasbro team said that, like last year, they will keep revealing new figures throughout the year at various events. But as far as Toy Fair New York is concerned not too many all new things were revealed. But the Snowspeeder is certainly the big highlight and will probably make Black Series collectors very happy.

So what are your thoughts? Are you happy with what you saw? Will you add the Snowspeeder to your collection?

Next Article: The Vintage Collection NYTF Reveals - All THREE of Them!