Where Do We Go From Here?

Now that Solo is a a certified flop at the box office one question arises: what’s next? Will Lucasfilm go on as planned or will Lucasfilm change their course and have all the current projects be re-evaluated? Maybe now is a good time to ask what the fans want. Click through for more! 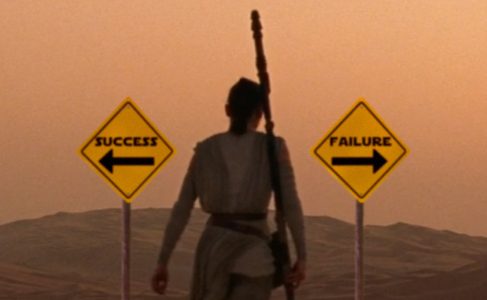 So here we are now. Star Wars has its very first box office flop. This is a new situation for the franchise.

The question is: where will Star Wars go from here now?

There are several options:

And what about Kathleen Kennedy?

These are just some options.

But now it’s up to you. What do you want? What direction do you want Star Wars to take? According to Solo screenwriter Jon Kasdan Disney and Lucasfilm actually do listen to fans! He tweeted that only the other day.

So what do you want? Do you want IX to go forward as planned? Do you also want all of the currently announced Star Wars projects to go ahead as intended? A Rian Johnson trilogy, a Benioff and Weiss anthology series, the live action tv show, the animated show and more stand-alone movies based on Original Trilogy characters like Boba Fett and possibly Obi-Wan?

Or if you want things to be handled differently, what is it you want to see? What future projects would you be excited for? Would you be, just one example,  be happy if IX somehow managed to undo large parts of The Last Jedi and possibly even The Force Awakens? Or would that upset you and you want Episode IX not to undo anything at all?

What directors or screenwriters would you like to see attached to future projects?

Look forward and think about what you want from Star Wars in the future. 2018 might very well be a crossroads for the entire franchise. So wherever the franchise goes next, will most likely affect it for many years to come.
Hasbro will be deeply affected by it as well. They depend on the success of the movies. According to Deadline The Last Jedi toyline already underperformed by $150 million, merchandise revenue was $450 million instead of the projected $600 million. You don’t need to be able to see into the future to guess that the Solo toyline and associated merchandise will probably not do too well either.