Funko revealed two near exclusive Pop! Four packs for Costco. The first is called “First Order Four Pack” and includes Kylo Ren with Glow In the Dark Lightsaber, Supreme Leader Snoke, First Order Executioner, and BB-9E. The second is called “Rebel Four Pack” and includes Rey with Glow in the Dark Lightsaber, Luke Skywalker, Chewbacca (with his Porg Pal), and BB-8. Each Pop! is individually packaged within the four-pack box. It’s hard to justify buying a four-pack of Pop! figures most collectors have just because of a slight change (says the guy with every FO Snowtrooper “Variant”), but where have we heard something crazy like that before?? If you’re a die-hard Pop! collector or you haven’t gotten these individually yet, you just might have to pick this up. They do look nice in that four-pack box, but I didn’t even know Costco still existed!

The recently announced Hot Toys Executioner Trooper is listed on eBay in hand. This particular release was apparently available as a TRU exclusive in Hong Kong, limited to 300. If it’s like past Hong Kong TRU exclusives then the packaging will be the only difference (Edit: The base color is also different). There’s one left if you can’t wait for the standard release version! Thanks for the alert, Caleb! 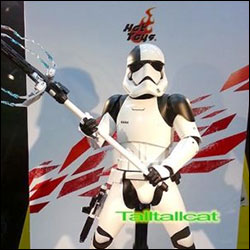 Amazon has started listing their TLJ Funko POP! figures. Click below to have a look at Chewbacca, the First Order Executioner, and the Porg… 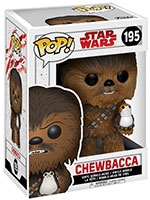 Take a look at some of the new Funko Pop! Figures for The Last Jedi including Supreme Leader Snoke, Luke Skywalker, First OrderExecutioner, and BB-8. Snoke just reminds me more and more of “Jigsaw” from the movie Saw every time I look at him. Hopefully Luke doesn’t end up chained to a radiator made of Songsteel requiring him to cut off his own foot to escape! 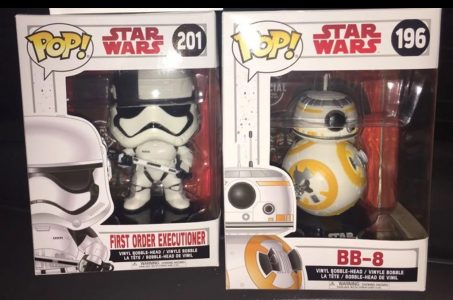 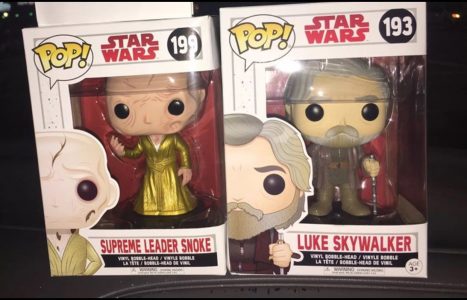