Just what is going on over at Lucasfilm/Disney? Benioff & Weiss were announced as the ones who would oversee a new Star Wars trilogy/project in 2018, and Disney CEO Bob Iger mentioned them by name again and again since then. Now Deadline reports that the former Game of Thrones showrunners have stepped down from their Star Wars project. Some speculations arose when Benioff & Weiss made a deal with Netflix not too long ago, because that begged the question of why Netflix would pay them both so much money if Benioff & Weiss would be potentially busy with Star Wars for years to come. So now we have the answer. They will not work on Star Wars. Now, this is nothing new for Lucasfilm. They’ve lost quite a few directors/writers in the past few years, all of them were fired.

And while this is just speculation one could assume that whatever idea Benioff & Weiss came up with for their movie project was nixed by Disney in favor of whatever it is Kevin Feige may be doing. Deadline thinks it was their busy schedule that informed their decision, but they fail to mention that their Star Wars project was announced long before they made a deal with Netflix which now seemingly leaves them no time for Star Wars.

Read the full story on Deadline and then leave an insightful comment! One thing is sure, following Lucasfilm news is never boring. The revolving door of creative people coming and going keeps on revolving! 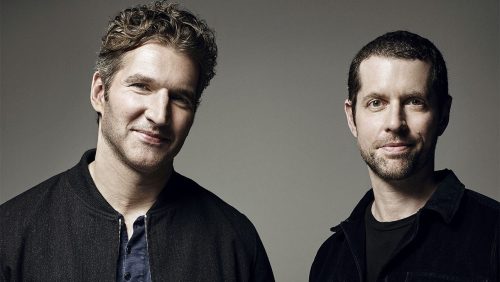 Next Article: Toy Run Tuesday #17 - The Phantom and Shelving