Once again, Kotobukiya brought the entire First Order with them to their booth! Check it out in our Koto booth gallery!

Kotobukiya is making astromech fans happy with their four Celebration Orlando exclusives. Click below to check them out. These are all available for pre-order, as well as several Celebration exclusive bundle sets.

Kotobukiya is excited to announce our 2017 Star Wars Celebration exclusives, which include FOUR unique Droid releases - all first time additions to the ARTFX+ collection! From the new duo 0-0-0 (Triple Zero) and BT-1 to fan favorites R5-D4, R4-M9 & R2-X2 there is something for everyone in this offering. These will be sold exclusively at Kotobukiya booth #3332 during Celebration. And for those not attending this event we have a limited-time pre-order taking place right now on kotous.com. 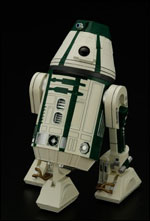 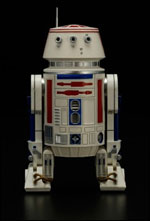 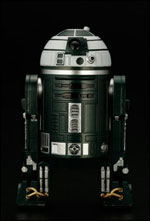 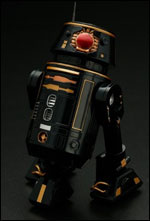 Kotobukiya made their annual trip to Toy Fair once again, and their model kits looked as nice as ever. Click through to have a look at their gallery...

JTA reader Jeremy K. alerts us to a new Kotobukiya page focusing on new The Force Awakens products! Check it out! 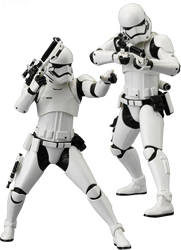 Click through for our full look at the Kotobukiya booth at Javits Center. They had some new items on display, including the upcoming Celebration VII exclusive ARTFX+ R3-A2 and K-3PO and a slick looking Snowtrooper!

Kotobukiya has revealed their Star Wars Celebration Anaheim exclusive: ARTFX+ R3-A2 and K-3PO. Click here to view a full gallery of this awesome set on their Facebook page! 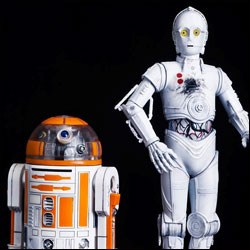 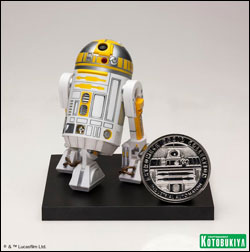 Kotobukiya revealed General Greivous as the next release in their ever-growing ArtFX+ line of collecible statues. Stop by our gallery to check out the unpainted sample of the General, as well as some of the other offerings from Kotobukiya.

Kotobukiya announces an all new Jango Fett Attack of the Clones ArtFX+ Statue. Click through for the full gallery and details on this beautifully crafted collectible!

Kotobukiya has introduced their first ever Star Wars Bishoujo statue! Jaina Solo! Click through for the info and high resolution photos!

We made our rounds on the floor of the Javits Convention Center today and have our first gallery ready to go. Click through for a look at the Kotobukiya booth, including a sneak peak at Jaina Solo!

We're starting to process our galleries from todays trip through Javits Center. First up we take a look at the Kotobukiya booth, featuring some awesome Empire Strikes Back figures!

Celebration V might be over, but we are still sorting through over a dozen galleries from the huge event! Stick with us over the next day as we roll out over 500 more pictures from all around the convention! Sit back, browse through some pictures, and enjoy the show! We will kick things off with a look at the Kotobukiya Booth...

Just in from the Collector's Panel: more ArtFX+ ESB statues on the way to go with the recently announced Boba Fett: Stormtrooper 2-pack and Darth Vader, which include magnetic bases to form the Carbon Freezing Chamber floor!

Also announced is the next ArtFX statue: Darth Vader as he is hit by the Emperor's Force Lightening, including LED's to demonstrate the effect!

Kotobukiya didn't have too much on display from their Star Wars line, but we were thrilled to see the ArtFX+ series continue into the Original Trilogy! Check out the upcoming Boba Fett in our Kobobukiya Gallery!

Super7 is set to begin accepting preorders for the Star Wars Stormtrooper Super Shogun in the manner of the original Star Wars collectibles: as part of a special "Early Bird" program. Preorders begin at 12:00pm Noon PST (3pm EST) this Friday February 26th at the website STARWARS.SUPER7STORE.COM. Click through for more details!

Kotobukiya was on hand at the 2010 New York International Toy Fair.  And as usual they brought along their own flair to this year's Toy Fair.  What was on hand?  Read on for more!

What's Kotobukiya Have in Store for Star Wars in 2010?

Aside from the recently released Kotobukiya Chop Sabers, Kotobukiya has been quiet with regards to the future of their Star Wars line... until now. Their recent 2010 Toy Fair Catalog has a small tease concerning the future of their ARTFX line, and their Chop Sabers get a series 2! Click below for all the details, and let's hope that we get to see more in a few weeks in New York!

We've got a nice little gallery of the upcoming Kotobukiya Chopsticks, due out this Holiday season! Click through for all the details!

Action Figure Express has the Kotobukiya Exclusive Commander Fox ArtFX Statue available for pre-order. It's limited to just 300, so if you want it... you better go get it!

Kotobukiya collectors should check out KotoCollectors, a new fan/collector site that focuses on all the great snap vinyl collectibles by this fine company. Click thumbnail to check out the press release.

Our last video update takes you through the Kotobukiya showroom. Check out their latest line of figures: ARTFX+ seen the only way Star Wars goodies should be seen, in High Definition!

We've got our full Kotobukiya gallery up, including more photos of the newly announced Commander Fox exclusive. No word on what Fox will be exclusive too, but SDCC was hinted at. Check it all out right here!

The first stop for JTA's news staff at the 2009 New York International Toy Fair? None other than Japanese design house, Kotobukiya! So what do they have in store for collectors in 2009? Read on for details!

Take a look at the 3rd series of Kotobukiya Clone Wars figures: The Sith! Featuring Count Dooku, Asajj Ventress, General Grievous, and the bonus Darth Sidious figure! These are also available for pre-order at StarWarsShop.com.

Kotobukiya has revamped their English Web site. Stop by and check it out! It's much more up-to-date, and easier to navigate!

The folks over at Kotobukiya wanted us to let everyone know that they will be attending Wizard World L.A on March 15th, where they will be holding a panel to discuss their upcoming Marvel line, as well as take questions on everything else they make. Get the full details here!

We've got continuing coverage of Toy Fair, with our full report and photo gallery from Kotobukiya's showroom. And, make sure to check out the end of the report for some images of a very cool Clone Wars poster that Kotobukiya had displayed on their wall.

Kotobukiya: Bounty Hunter Series Due in 2008

It's an exciting time at Kotobukiya! Check out the official press release for the Bounty Hunter Series due out in 2008. And, stay tuned later as we bring you a special Kotobukiya Spotlight treat...

Continuing their line of verses style kits, Kotobukiya has announced Yoda vs. Darth Sidious! Read the full report and check out the detailed images at SW.com...

If you liked that fancy Kiriko R2-D2 glass from Kotobukiya that debuted at CIV, then you will love what they have in store for SDCC! Check out the latest additions to the very cool, high quality line of glasses: C-3PO and R4-P17. All the details here...

Kotobukiya sends in some new images of the Utapau Clone Trooper that will be up for sale at this weeks SDCC. Click the images for a closer look!

Kotobukiya sends in some nifty high resolution images of their new Royal Guard! Click here to see the whole gallery.

Those of you heading out to the San Diego Comic Con will have a nice treat from Kotobukiya...their Utapau Trooper ARTFX Statue. Click here to see the image gallery and read the press release.

Attakus Han & Clone Trooper Are Back!

Attakus has found some new stock of the AOTC Clone Trooper and Han Solo statues! Click the banner to lear about the unique opportunity to add these limted statues to your collection!

Kotobukiya send in the final bits of information on what we can expect to see from them at Celebration IV. Click here to get the full scoop on the Q&A, the exclusive Spirit Yoda and Glassware!

We have additional hi-resolution images of the Kotobukiya Celebration IV Yoda exclusive. Click the thumbnails below for details, and read more if you want the full press release and updated availability information...

Combining ancient Japanese craftsmanship with the Star Wars universe, Kotobukiya produces one of the most unique exclusives to be found at Star Wars Celebration IV in Los Angeles - Kiriko Glassware...