Send In The Clones! Keep The Momentum Rolling!

Hasbro, you’re doing the Lord’s work bringing us much-needed definitive versions of super-articulated 3.75″ in The Vintage Collection packaging. The recently released 41st Elite Corps Clone Trooper is a wonderful gift. And it’s the last Episode III clone trooper we needed to receive the awesome TVC treatment. Not only did you correct the screen-inaccurate paint operations, but you also enhanced the figure with “photorealistic technology” and an updated bucket (among other great updates). But now it’s time to talk some truth. (more….) 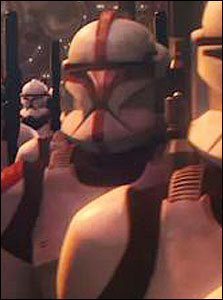 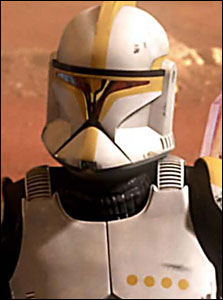 Where the heck are the Attack Of The Clones Clone Trooper Captain and Clone Trooper Commander action figures? We should have had them all the back in 2013!

What the new Hasbro Star Wars team may NOT recall is that these two figures were ALMOST released. Planned for exclusive release in Toys R Us’ 2013’s SW [DV/ROTS] Battle Of Geonosis: Jedi Knights [Version 1] (Commander) and [Version 2] (Captain) sets, the factory accidentally referred to the “Saga Legends” sculpts instead and repacked the inferior and older sculpts instead.