The official Star Wars website revealed a brand new wave of Galaxy of Adventures figures!
The wave includes Rey, Kylo Ren, Obi-Wan Kenobi (Ep III), Darth Maul, General Grievous and Boba Fett. Each figure comes with a comic book. Also, each figure is a repack. It should be noted that the tube art and comic for Rey are for Jakku Rey in The Force Awakens, but for some strange reason Hasbro decided to put a The Last Jedi Rey in the tube. 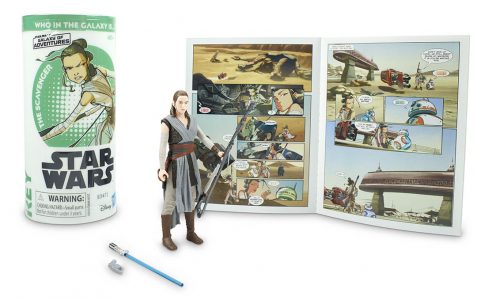 Find the mistake in this photo!

Next Article: Entertainment Earth Offers The Same Deal For SA 3.75" Collectors Too!