Article Alludes That Galaxy's Edge May Have Exclusive Action Figures

JTA reader Mark G. alerts us to an important detail featured in an article by Baron’s featuring information on what everyone needs to know about the Galaxy’s Edge theme park coming to Disney. In it, it strongly hints at the possibility we could see exclusive action figures. Check the article out for yourself!

“Star Wars merchandise in shops will come in unique packaging that downplays the logos. Another is that merchandise based on familiar characters will take on new looks. The imagineers visited the archives at Lucasfilm for early concept art. As a hypothetical example, an artisan figure of a familiar character might look slightly off, with the back story being that residents of Batuu have never seen that character, so they don’t know exactly what the figure should look like.” 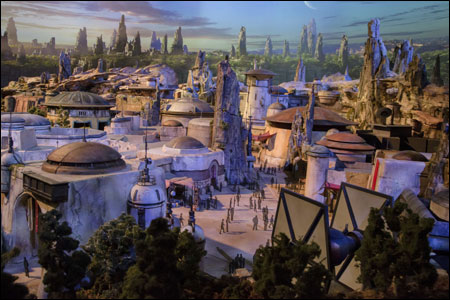 Previous Article: Tonight Was My First Time Watching TFA Since It Was In Theaters