The long-awaited first trailer for Solo: A Star Wars Story is rumored to debut on Good Morning America this Friday, January 12. Lucasfilm had been holding off unveiling any marketing materials for their second spinoff film while The Last Jedi entered theaters. (more….) 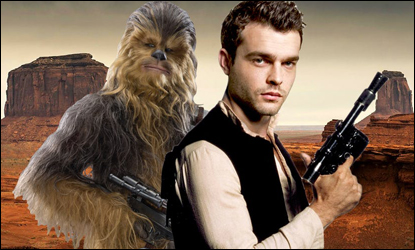 UPDATE: Ron Howard responded to a fan on Twitter who asked when we should expect to see the trailer for Star Wars: Solo. Click through to read Howard’s response.

Here’s what Howard had to say: