Found! The Black Series [Phase III] wave 15 figures have been found at Toys R Us in Ft. Wayne Indiana! We exclusively revealed what figures would make up part of this case assortment last year. Sadly, as expected, the First Order Stormtrooper is exactly the same as the 2015 figure. (Hasbro, you really couldn’t update the helmet?) And even worse, Captain Phasma has not been given her staff and still has the same bulky body. Oh well. Special thanks to JTA reader Ian D. for the alert! 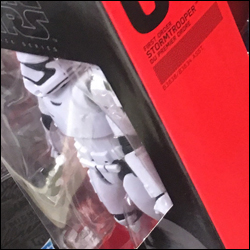 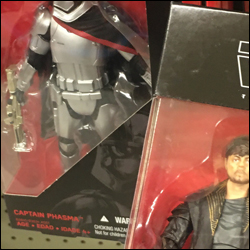