Stop by and check out our Mattel booth gallery right here...

40th anniversary EVERYWHERE! JTA reader James F. sends us a couple images from his local HEB grocery store where he found repacked Hot Wheels vehicles in new 40th anniversary packaging. I see a trend with licensees. How about you? 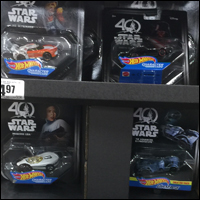 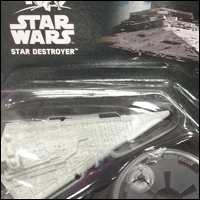 An exclusive Maz Kanata Hot Wheels vehicle has been found in Mexico. We don't know too much else about it at the moment. Special thanks to JTA Facebook friend Sargento P. for sending us the images! 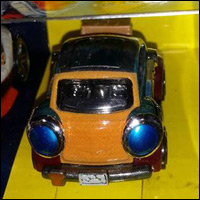 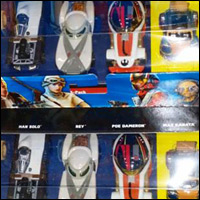 USA Today has the story on the upcoming SDCC exclusive Hot Wheels Die Cast Darth Vader Car. Spoiler alert ... it's $40! But hey, the lightsaber packaging has working lights and sounds, so there IS that! Check out the full story here. 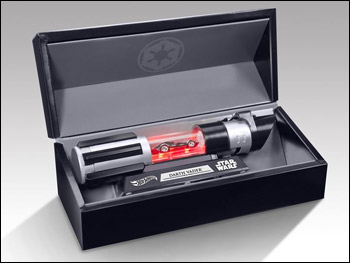 Thanks to a confidential source, guess what other Star Wars Hot Wheels we can soon expect from Mattel? Click through for our exclusive image.

Our friends at Mint In Box have the first image of the new Star Wars Hot Wheels line. Go check it out! 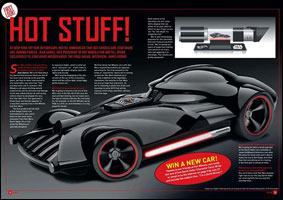 We told you all at Toy Fair, now Hot Wheels comes clean and announces via their Twitter page that there is indeed a new relationship between Hot Wheels and Star Wars. Click through to read their Tweet and how you can find out more about it! 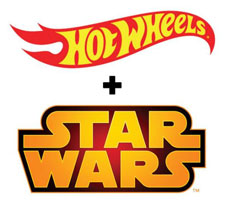 We told you they were coming back in February. But non-Star Wars sites claimed that our report was just old news and that they were just the previously announced "animated style" Cars-themed in Star Wars "costumes". Nope. We were right. JTA sponsors BBTS and EE are now taking pre-orders for REAL Star Wars themed Hot Wheels.

Mattel To Pick Up Star Wars License For Hot Wheels?

What? A logo that isn't Hasbro? Whatever could that mean? We have just learned that Mattel may have some Star Wars themed Hot Wheels items in the works and the debut could come in the form of a SDCC exclusive later this year. Stay tuned as we hopefully learn more soon!