Now that we know Hasbro is releasing Zutton into The Vintage Collection thanks to the BREAKING NEWS from Instagram user nerdydad, we need to ask a question. Will Hasbro do the right thing and finally produce a super-articulated BLUE SNAGGLETOOTH as well. Come on Hasbro, do the right thing! 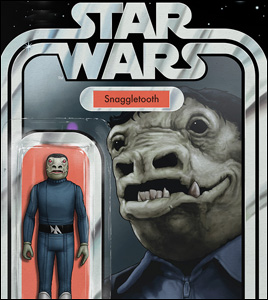 BREAKING NEWS! Instagram user nerdydad reveals Zutton to be the modern counterpart to 1979’s Snaggletooth figure! Special thanks to friend Josh M. for the alert! 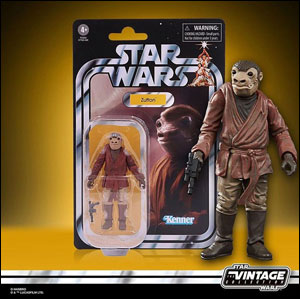 It’s the ONLY Hasbro release where you can get a BLUE SNAGGLETOOTH! Once again, check out what less than $20 got you in 2004. The Mos Eisley Cantina (Scene 2) Scene Packs is another excellent release and features Zutton, the only time we ever received this character in the modern line. See why imperfection was almost perfect in our Research Droids Reviews today! Be sure to leave your thoughts in our comments section, vote in the poll or comment about it on our Facebook page. Click the banner below for the direct link to the review! As always, you can also send your review requests via email if you’d like to see something that we didn’t cover yet. 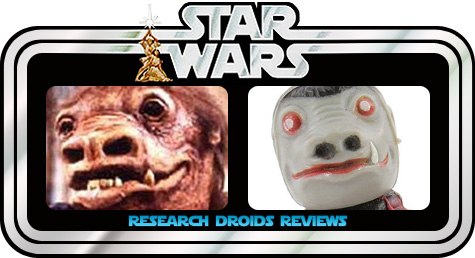