Topps has hit the century mark with week 100 of this amazing collection. The next two cards from the weekly Topps Star Wars Living Set are now out. Featuring the iconic blue starfield and the impressive artwork of Kris Penix, check out Zeb Orrelios (#199) and Chewbacca (#200). Each Tuesday, two new cards will be released and be only available for one week. Click here to view the entire Star Wars Living archive, including individual print runs. 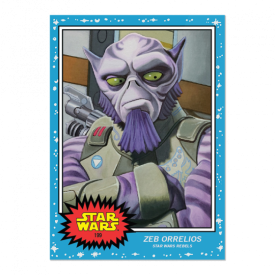 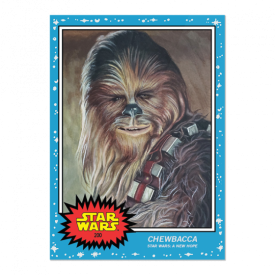 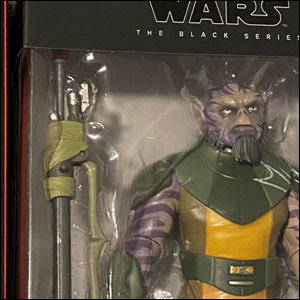