Walt Disney World celebrates 50 years this year. And they created R2-W50 to commemorate the event! (more….) 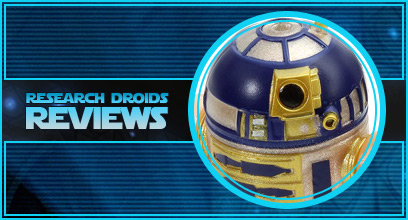 Construction for the Star Wars: Galactic Starcruiser experience (aka the Star Wars hotel) is underway in Orlando, Florida. The Disney Food Blog released an article about the construction a short while ago and they feature photos taken on location by Jeff Vahle, the President of Walt Disney World Resort. Check out this one photo of the bunk beds posted on Vahle’s Instagram. Click through for one more photo of the room! 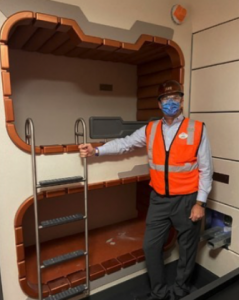 END_OF_DOCUMENT_TOKEN_TO_BE_REPLACED

Disneyland and Walt Disney World To Re-Open In July

The Disney theme parks in the US will re-open in July, with several caveats however. Click through for more details! 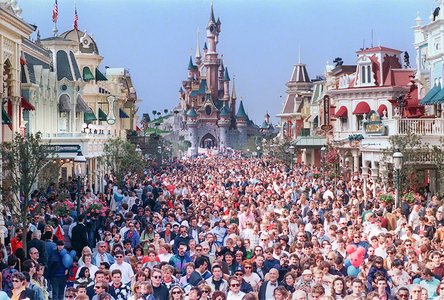 A sight you will not see for some time

END_OF_DOCUMENT_TOKEN_TO_BE_REPLACED

Last night saw the dedication ceremony for Galaxy’s Edge in Orlando. And today the park is officially opening to the public. So people on the east coast now have a chance to check out Galaxy’s Edge as well!
It remains to be seen if the Walt Disney World addition will attract more visitors than the counterpart in Anaheim. Also, just like in Anaheim, the Rise of the Resistance ride is not ready for prime time yet. The ride will be opened in early December, until then the only ride will be Smuggler’s Run.
You can watch the dedication from last night on the Disney Parks YouTube channel by clicking on the photo below. You also get to see one scrapped feature of Galaxy’s Egde in action: remote controlled droids. On stage you can see R2-D2, BB-8, Hondo Ohnaka, Vi Moradi (that character on the right, featured in the Black Spire novel) and the Disney Chairman of Parks, Experiences and Products, Bob Chapek.

Will you visit Galaxy’s Edge in Florida? 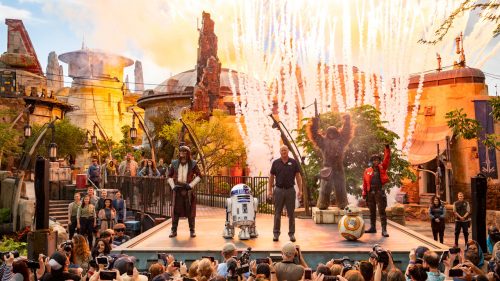 Behind The Scenes Look At Star Wars Galaxy's Edge

The YouTube Disney Parks channel released a behind the scenes video for the upcoming Star Wars Galaxy’s Edge attraction on Christmas. The video gives a good overview about some of the things you can expect. Click through for more details!