Jabba's Sail Barge Is In The House!

The We Backed The Barge Facebook group posted an exciting image on Facebook! Jabba’s Sail Barge has arrived and is getting ready to enter homes! Remember, this ships March 4th! Exciting times! 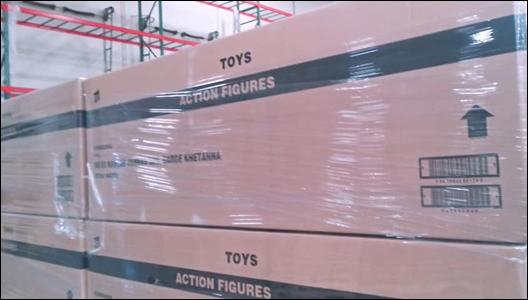 It's Remarkable To See The Aftermarket Spike For ROTJ/Jabba-Related Figures!

It’s remarkable how everyone who backed Jabba’s Sail Barge is preparing for its release next February by clearing out eBay. JTA reader Mike R. brought to our attention two figures in particular that have us in awe. 2004’s Star Wars “Saga” [Phase III] J’Quille and Tanus Spijek have been selling like mad on eBay recently. AT any given time you could about two dozen of them for less than $10-$15 each, maybe less. However, they’ve recently sold so strongly that it’s nearly impossible to find any active auctions for them on eBay. If you can locate them, they’re going for a pretty penny. If you recall, we created an itemized list of ROTJ characters while suggesting which one were Sail Barge-worthy, much like how Elaine determines which of her men are sponge-worthy. Well, some readers have taken notice. (You should check out those links again. The increase in prices is astounding.) Don’t wait too long to grab the figures you need to populate this first HasLab offering! 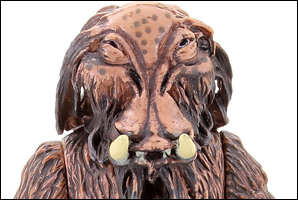 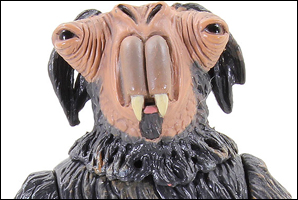