Christmas 1983 was one of the greatest years for Star Wars toys. The Return Of The Jedi line included some of the most incredible Star Wars toys ever produced by Kenner. As we quickly approach the 40th Anniversary of the film, we’re going to offer some suggestions for you to produce for us to relive those wonderful days of old. Our next suggestion is The Vintage Collection Sy Snootles And The Max Rebo Band. Kener didn’t release these characters separately in the basic figure line. Instead, they created a special multipack so young kids could acquire the band in one fell swoop. We’re thinking this method would be best for the modern line as well. Either in a specially-boxed multipack or a Special Action Figure Set, we hope Hasbro gives us Sy Snootles And The Max Rebo Band in The Vintage Collection (and all based on the original version of the band, NOT the Special Edtion) for the 40th Anniversary. We should also note that Hasbro must include a puppet version of Sy Snootles!) Special thanks to JTA reader Joey P. for the mock-up artwork! 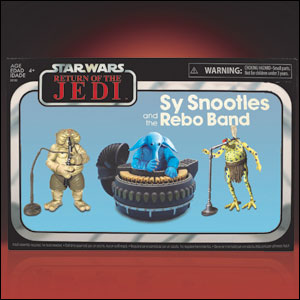 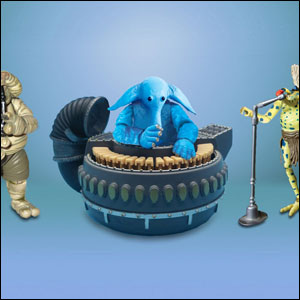 Did you ever wonder why we received an Action Collection scaled Barquin D’an, but none of the main three members from the Max Rebo Band? See more in our Research Droids Reviews today! Be sure to leave your thoughts in our comments section, vote in the poll or comment about it on our Facebook page. Click the banner below for the direct link to the review! As always, you can also send your review requests via email if you’d like to see something that we didn’t cover yet.