Another Cal Kestis? Really? And a DELUXE version to boot? The Black Series 6″ line must be running out of ideas. (more….) 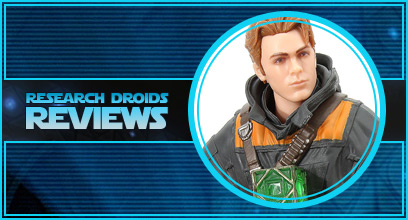 Tonight’s Visual Guide update features another The Black Series Gaming Greats figure from GameStop. Click below to check out the Scout Trooper. You can also read our full review of this figure right here. 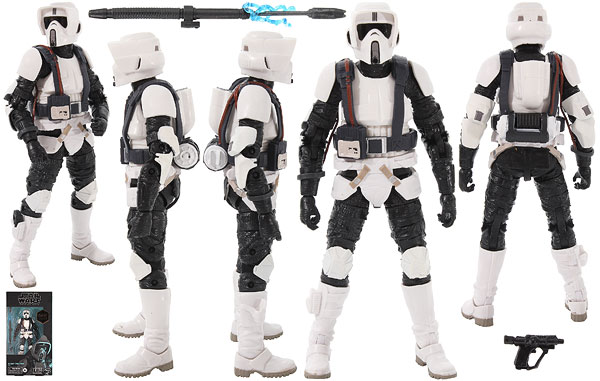 It’s a new Scout Trooper from the Star Wars Jedi: Fallen Order videogame. Will you buy it? (more….) 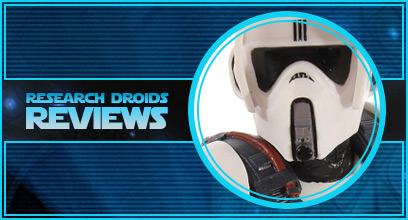 After a few glitches and errors, the Spoiler-Free Jedi: Fallen Order Review is now up for your enjoyment! This review is EVERYTHING about the game except for the plot and story. So, if you’re on the fence, planning on playing it soon or just want to know what we think, be sure to check it out! The Spoiler-Filled review will soon follow, so come on in and share your thoughts in the comments, but keep them SPOILER FREE for this one.

The next “Carbonized” update to our Visual Guides is the GameStop exclusive Second Sister Inquisitor (95) (Carbonized). Click below for our full Visual Guide page. You can also check out our full review on this figure right here. 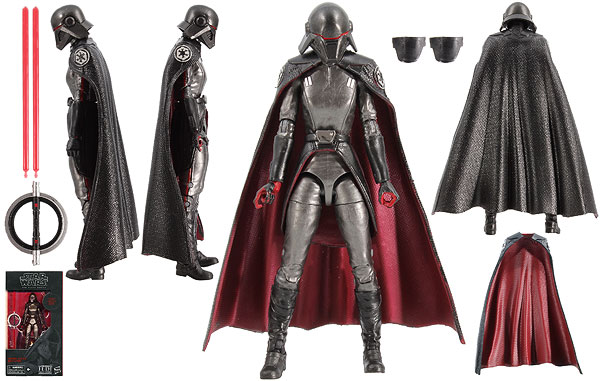 Next up for our The Black Series [Phase III] Visual Guide updates is Cal Kestis (93) from the new Star Wars Jedi: Fallen Order video game. Click below to access our full Visual Guide for this figure, and also stop over in our review database and read our full review. 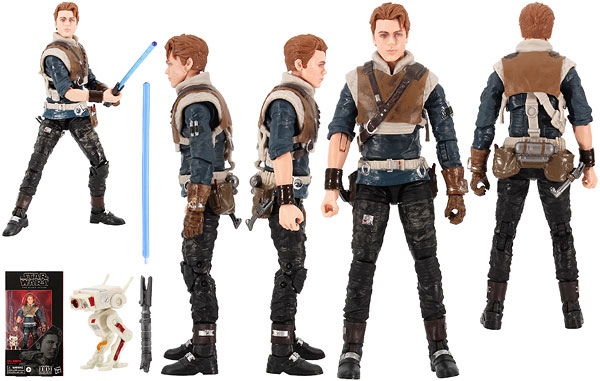 We continue our Visual Guide entries in The Black Series [Phase III] line with the Second Sister Inquisitor (95). Click below to visit our full Visual Guide. Make sure to also stop by and read our full review of this figure right here. Special thanks to Entertainment Earth for providing us with our review sample! 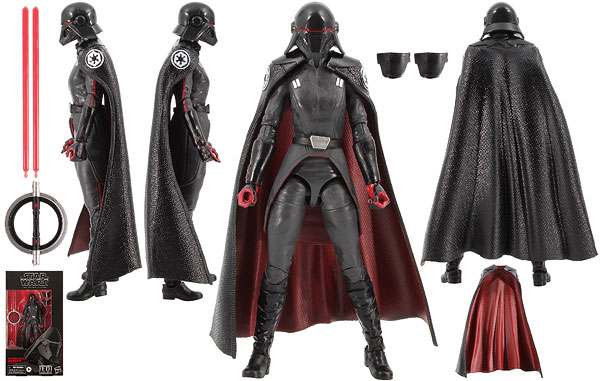 We have another Visual Guide update from The Black Series [Phase III] line of exclusives. Check out the GameStop exclusive Purge Stormtrooper from the newly released Star Wars Jedi: Fallen Order video game. Click below for our full Visual Guide, and make sure to also check out our full review right here. 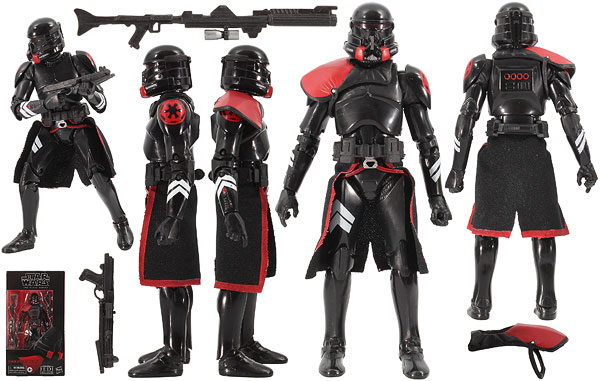 It feels like circa 2007-2008 again with The Black Series [Phase III] 6″ Purge Stormtrooper, a new character from the Star Wars: Jedi Fallen Order video game. It’s a GameStop exclusive that’s a bit hard to acquire at the moment (but will be easy to find in the near future). See this cool character in our Research Droids Reviews today! Be sure to leave your thoughts in our comments section, vote in the poll or comment about it on our Facebook page. Click the banner below for the direct link to the review! As always, you can also send your review requests via email if you’d like to see something that we didn’t cover yet.

And it is….The Purge Trooper? That’s right. The mysterious figure from the “?” covered image on Gamestop’s website is actually just a Purge Trooper. Many speculated that since the Purge Trooper was already revealed as a Gamestop Exclusive that it wouldn’t make sense for it to be the mystery figure, but unfortunately I was told this wasn’t the case as the employee opened the box in front of me. The good news? Your local GameStop likely has a few in stock since the box my store opened contained 12 and only 2 were pre-orders. So if you need it, nows the time to hit up your GameStop! If you pre-ordered the bundle online and get a different figure, let us know. Now excuse me while I go off to play Fallen Order for 20 hours straight! 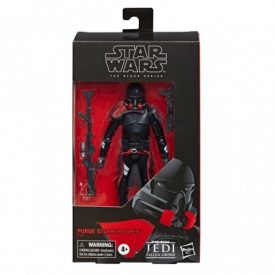 Here is another shiny The Black Series [Phase III] 6″ figure. Let’s take a close look at the Second Sister Inquisitor (Carbonized) figure which is a GameStop exclusive. It’s the focus of our Research Droids Reviews today! Be sure to leave your thoughts in our comments section, vote in the poll or comment about it on our Facebook page. Click the banner below for the direct link to the review! As always, you can also send your review requests via email if you’d like to see something that we didn’t cover yet.

It’s time to move on to more The Black Series [Phase III] 6″ figures. Let’s take a look at the Second Sister Inquisitor figure. It’s alright. Learn more in our Research Droids Reviews today! Be sure to leave your thoughts in our comments section, vote in the poll or comment about it on our Facebook page. Click the banner below for the direct link to the review! As always, you can also send your review requests via email if you’d like to see something that we didn’t cover yet.

EA Star Wars has released the latest trailer for Star Wars Jedi: Fallen Order. Click through to watch the full trailer and discuss! 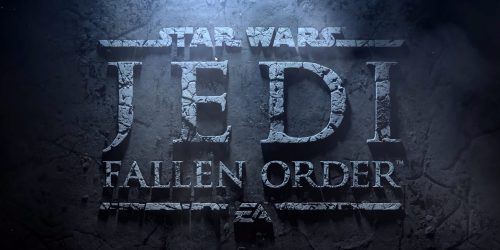 END_OF_DOCUMENT_TOKEN_TO_BE_REPLACED

The following photos are official promo photos of the upcoming Black Series figures. Click through for a good look at what Black Series will get on Triple Force Friday! 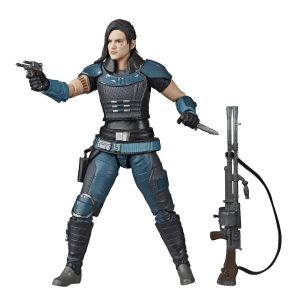 END_OF_DOCUMENT_TOKEN_TO_BE_REPLACED

And the reveals don’t stop, check out the all new Black Series Purge Stormtrooper! This photo was first posted on Intagram. No word yet if it’s an exclusive figure or not. 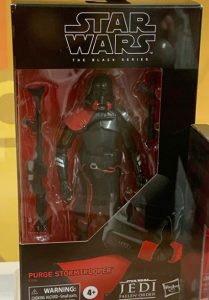 Pre-Order Star Wars Jedi: Fallen Order before 11/15/2019 at GameStop.com to receive a $15 Fandango Movie and bonus digital content such as an Orange Lightsaber blade color and more. 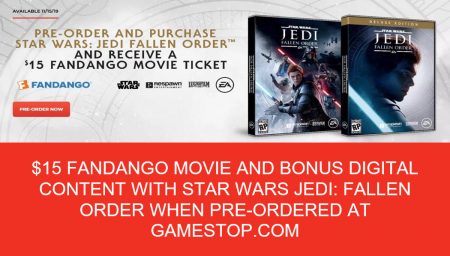 Earlier today EA finally revealed some actual (alpha) gameplay footage for the upcoming Star Wars Game Fallen Order, which will be released on November 15th.
The footage shows a mission on Kashyyyk and in my opinion this all looks very promising. Watch the footage after the jump! 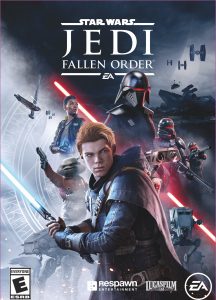 END_OF_DOCUMENT_TOKEN_TO_BE_REPLACED

We’re in somewhat of a lull at the moment. Most figures Hasbro has already finished are still under a Disney embargo and nothing official is known. We do know that on Triple Force Friday we will definitely get figures for The Rise of Skywalker, The Mandalorian, and the Fallen Order video game. So let’s talk about what you expect, what you hope for, and what you want! Both for TVC and TBS! And let’s speculate also if there will be any (Force Link) 3.75 in 5 POA figures at all because so far there are exactly zero rumors about the latter. So click through for a discussion! 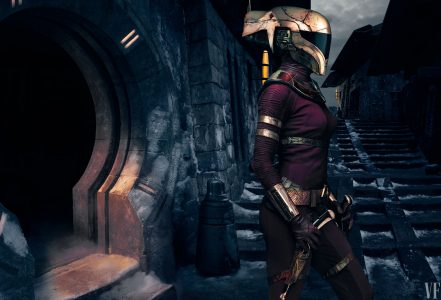 END_OF_DOCUMENT_TOKEN_TO_BE_REPLACED

Chris Avellone, one of the writers for the upcoming EA Star Wars Game Jedi: Fallen Order and former lead writer for KOTOR II, talked about returning to the Star Wars franchise after a long time and also shared his opinion on The Last Jedi in an interview with website VGC. Click through for the full story!

The face you make when your hero doesn’t meet expectations

END_OF_DOCUMENT_TOKEN_TO_BE_REPLACED

Respawn Entertainment (developer of Titanfall, owned by EA) finally revealed a trailer for the upcoming Star Wars Game Jedi: Fallen Order, in which you play an Order 66 survivor, a young male Padawan named Cal Kestis, who tries to blend in. Barriss Offee is supposed to be featured in the game as well. It was already revealed yesterday that the game will be single player only and that there won’t be any microtransactions.  So fans of story based games may finally get something from EA. The game has a release date of November 15th. There’s one thing however which raises eyebrows. Respawn merely released a story trailer, no actual gameplay footage was shown. Mere seven months before release you would think they have at least something to show. That they didn’t present any gameplay at all should make fans somewhat wary.
Maybe the game will once more be developed in typical EA fashion: big crunch time towards the end where the devs will code 24/7, six months straight, with the game still not really finished on release date and needing several patches post release. Let’s hope the game will actually be finished and more or less bug-free when it is released in November!

Can It Get Any Better?

Also revealed earlier today on the Star Wars Show Live (around the 5 hour 4 minute mark) was the following: Star Wars Jedi: Fallen Order will have NO microtransactions and NO multiplayer, it will strictly be a story focused single player game. The statement was made by Vince Zampalla, head of Respawn Entertainment, who develop the game. I suppose this news is something that should elate all gamers who have been asking for something like that for years now. Maybe EA have learned their lesson not just with Battlefront II, but also with missteps like Anthem. More details about Fallen Order will be revealed on Saturday, so stay tuned! But this news alone makes me a lot more excited for it. 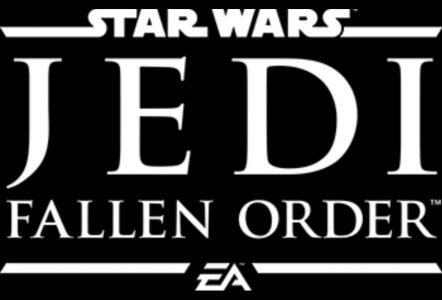