This is incredible news! My good friend Jimmy Mac from Rebel Force Radio is part of the next episode of Collector’s Call featuring host Lisa Whelchel (actress from The Facts Of Life, a competitor on Survivor).

Next time on Collector’s Call: ”Meet Eric Pfeifer.” After his first viewing as a child, Eric Pfeifer began collecting everything related to Star Wars. Now his collection is so vast — covering both floors of his house as well as its basement — that he holds regular “Pfeifer-Cons,” drawing people from near and far to come and view it. Eric is joined by his mom, Connie, who has nurtured his collection over the years. See the preview by clicking the image below! 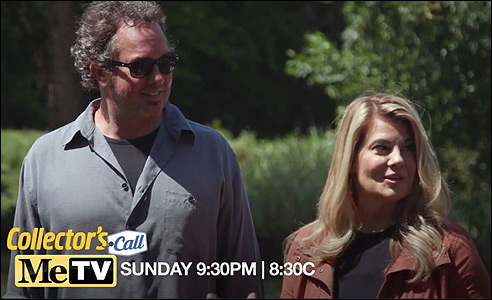 You Can't Take It With You!

Did you ever wonder what will happen to your collection when you become one with the Force? I often wonder if people deep down inside feel that they’ll have their collections with them “on the other side.” And I also wonder if the generation that needed to have them all is but a remnant of who they once were. ABBA, whining, super-articulated Star Wars action figure collecting, and dying – it’s all ahead. (more….) 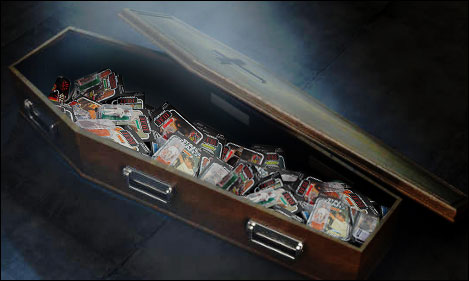 END_OF_DOCUMENT_TOKEN_TO_BE_REPLACED

Understanding The Legacy And Impact Of The Vintage Collection

Throughout modern Star Wars collecting, there have been multiple types of collectors. These include the crazy zealots like myself who buy at least one of everything. Then there is the casual collector that only picks up his or her favorite characters. Lastly, there are people like CJ who claim to be collectors, troll collecting fan sites, buy nothing Star Wars toy-related and offer unsolicited opinions about the hobby and what Hasbro should do next. Don’t worry; I’m not singling anyone out, I am merely just expressing that all types of fans exist and are welcome in our community. While we’re all on equal playing fields as collectors, Hasbro does sometimes listen to what the loudest noisemakers are saying. And that all came to pass hugely in 2010 after getting small teases in 2004, 2006 and 2007. A reawakening also transpired in 2017. (more….)