ShopDisney has the TVC Republic Trooper (The Old Republic) and Droid Factory R2-W50 and BB-Proud figures available to order. Click below for the product pages! 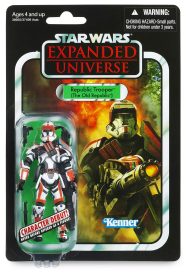 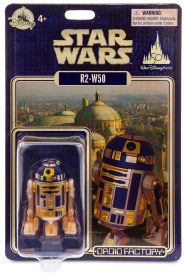 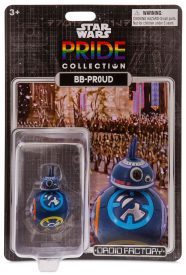 Longtime JTA reader Vas’rod sends us an alert that Hasbro Pulse UK has begun shipping the re-release of the Republic Trooper (The Old Republic) action figure. There aren’t many changes made to this re-release, but we also can’t see the entire figure. But most disappointing is that Hasbro didn’t update the font of the nameplate to correct it. Also, the good news is Hasbro could keep the Expanded Universe entertainment logo, something that Disney Star Wars would rather see die a slow death in an elephant graveyard, but that’s another story. So, that was a great win. 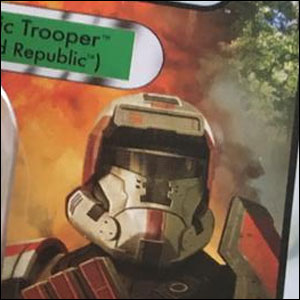 Will The Reissued TVC Republic Trooper (TOR) (VC113) Figure Look Like This?

JTA reader, friend, and customizer extraordinaire Alientek has put together a mock-up for us of what The Vintage Collection Republic Trooper (The Old Republic) (VC113) may look like for Hasbro to update it to current Lucasfilm standards. If they go this route, what do you think? 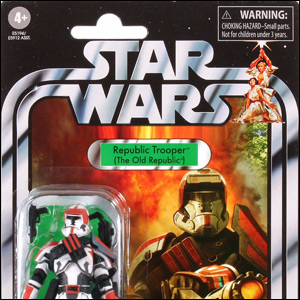