It’s that time of year again! That magical time of year where our hearts get fuller while our wallets gets emptier. It’s also the time where you look to find the perfect gift for that special Star Wars fan in your Galaxy not so far away. Well, JTA is here to make it a bit easier with our Holiday Gift Guide! In it, you’ll find some great Star Wars gifts for all the Star Wars fans in your life from younglings to the 900-year-old Jedi Masters. Click through to see what we have in store for Part 1 of our guide!

END_OF_DOCUMENT_TOKEN_TO_BE_REPLACED

Hot Toys revealed their sixth scale Praetorian Guard figure via their new Kylo Ren gallery today. Click below for a closer look at this soon-to-be announced figure! I expect this will be officially announced soon! 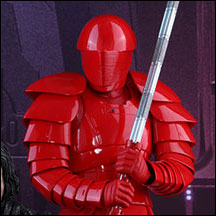 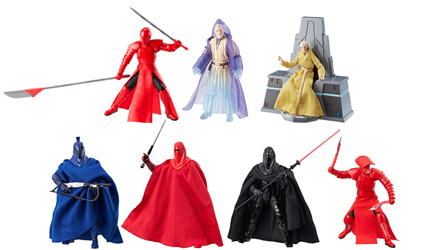 Even MORE Funko Pops Found And Bought At Walmart

Even MORE The Last Jedi Pop! figures were found in Flemington, NJ. Not sure if there was the same restrictions on buying them, but apparently our reader was able to purchase the Porg without any issues. So. Many. Pops! Thanks to JTA reader Wendell for the image!