JTA reader Jeremy spotted a new addition to the Star Wars section at his local Ohio Meijer, featuring a new Star Wars spash with an October 4 date posted. The display itself is fairly bland, but it’s good to see stores getting ready for Triple Force Friday. Thanks for the update, Jeremy!

Stopping at my local Meijer in Ohio I saw this display piece in the Star Wars section. It was a mat type display anchored to the shelf of the Star Wars you section. Retail will be participating on 10-4. 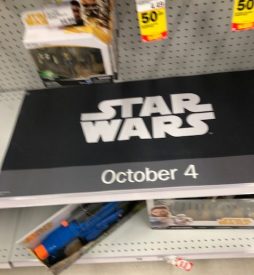 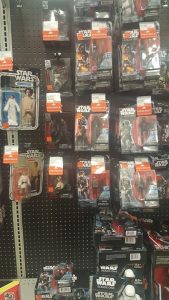 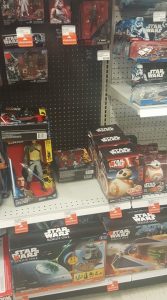 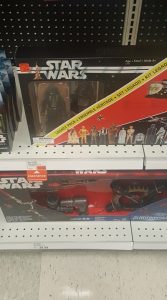