1985 THE POWER OF THE FORCE Luke Skywalker (In Combat Poncho): Trilogo Update

Today we begin the final 15 The Power Of The Force figures uninterrupted! There weren’t any coins provided with the Trilogo versions of these figures. Let’s revisit Luke Skywalker (In Battle Poncho). It doesn’t vary all that much from the Kenner version See the full card art and additional notes by revisiting 1985’s THE POWER OF THE FORCE Luke Skywalker (In Battle Poncho) figure HERE. 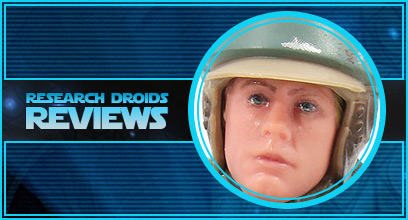