We’ve received some slightly “unconfirmed” information that today TARGET gathered up the remaining The Vintage Collection and The Black Series [Phase III] exclusives to be sent to charity and/or discount chains. Many reported asking TARGET associated to go back to the stockroom to get the sale merchandise. There was a reason they were in the back as this was the plan. This is supposedly universal, so count yourselves fortunate if you found them on sale. Apparently, their stock status in-store has been changed to “Item Not Found.” TARGET, known for the decent handling of Hasbro Star Wars exclusive, totally let the ball drop on these items. Many explained that their stores NEVER had the Father’s Day displays while others never saw any products arrive at all. And now it’s like they never existed in TARGET now. Although, I am sure we can expect these exclusive to visit ROSS one day.

Holy cow! If you thought 50% off was a good deal, the TARGET exclusive “stormtrooper disguise” figures have hit a new low: $3.89 for Han Solo and $5.89 for Luke Skywalker! This is unreal. Why is there such an effort to get rid of these? Special thanks to JTA reader Rich K. for the alert and image! 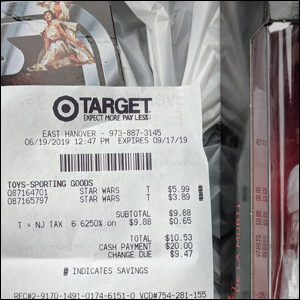 File Under: You Can't Make This Up! Leftover Hasbro Star Wars "Father's Day" Exclusives Ring Up 50% Off At TARGET!

If your TARGET has any leftover Han Solo (Stormtrooper), Luke Skywalker (Death Star Escape), or, yes, the Retro Collection figures, they’re all 50% because they fall under Father’s Day gifts, at least at JTA reader Scott K.’s local TARGET in NY! Unbelievable! He writes: “If any Target stores have leftovers the VC Han Stormtrooper, he is $6.49, the Retro figures are $4.99 and I believe The Black Series Luke Stormtrooper is $9.99.” 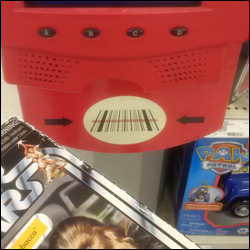 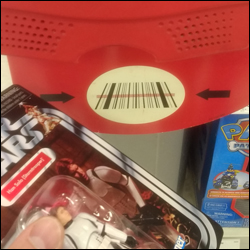 UPDATE: It looks like this might be universal. My TARGET had only the 6″ Luke Stormtrooper leftover and they all rang up $9.99.

The Three And Three Quarter Awakens; Was Jabba's Sail Barge The Catalyst?

Citing any store report (or even multiple store reports) is anecdotal at best. But if you combine store reports like the two examples shown in the image above with the near-instant sellout of the Walmart exclusive TVC Jabba’s Palace online. Or the impossibility of finding Saelt-Marae in stock online for MSRP. Or the binge-purchasing of the all-new Rogue One Imperial Stormtrooper, you’d have to have your head buried in the sand to not see the excitement and fever for all things 3.75″ super-articulated. I believe the HasLab exclusive Jabba’s Sail Barge was the catalyst to spark this interest. (more….) 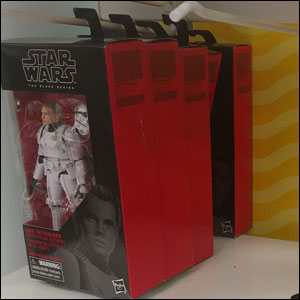 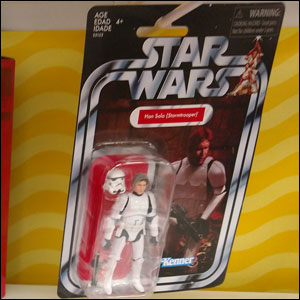 END_OF_DOCUMENT_TOKEN_TO_BE_REPLACED

Hot on the heels of our report of the TVC Han Solo (Stormtrooper) figure hitting en masse, The Black Series [Phase III] Luke Skywalker (Stormtrooper Escape) 6″ figure is also arriving in substantial numbers as well. Special thanks to JTA reader and friend Russ T. for the image. 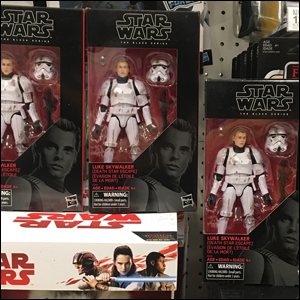 The Black Series [Phase III] 6″ Luke Skywalker (Death Star Escape) in IN STOCK at Target.com as of this posting! 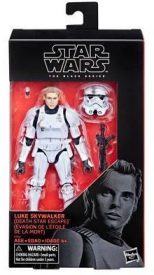 Tonight we are adding to our Visual Guides the recently released Target exclusive Luke Skywalker (Death Star Escape) 6-inch figure from The Black Series [Phase III]. Click below for our fully detailed guide page, and make sure to also check out our full review of this figure right here. 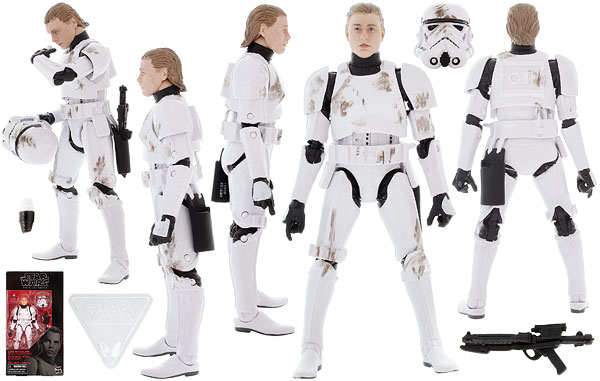 The Luke Skywalker (Death Star Escape) 6″ figure is gorgeous, even if it is an extremely scene-specific figure. See more in our Research Droids Reviews today! Be sure to leave your thoughts in our comments section, vote in the poll or comment about it on our Facebook page. Click the banner below for the direct link to the review! As always, you can also send your review requests via email if you’d like to see something that we didn’t cover yet.

Oops! The TARGET exclusive TBS6 [P3] Luke Skywalker (Death Star Escape) also went up for pre-order but we totally missed it. Keep this link handy in case it returns to stock. 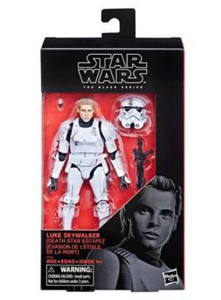