If you’ve picked up any of the Limited Run Games retro re-releases, you’ll be excited to see two more titles launching tomorrow, and on a variety of platforms that will let you play these classic games not only on the PC, but on new systems like the Switch and PS4 too! I picked the Star Wars (NES) set a few months back, and they are packed with lots of goodies in a great book-style presentation. If you are looking for more than just a game, make sure to check them out. Click here to see all the various title formats launching tomorrow! These go on sale tomorrow at 10 AM Eastern time and usually sell out pretty fast. 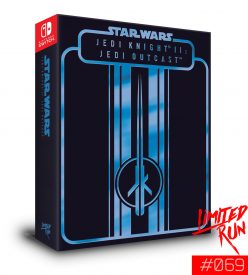 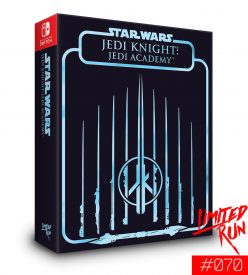 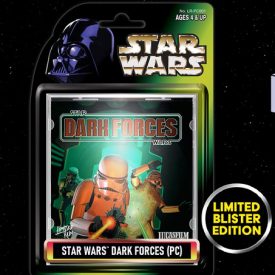 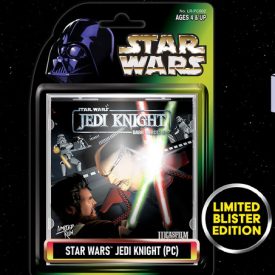 END_OF_DOCUMENT_TOKEN_TO_BE_REPLACED

This week, Limited Run Games will be releasing 3 more titles for their Retro series. Make sure to set your clocks as Star Wars™: The Empire Strikes Back for the NES and Game Boy will be available on Friday, July 26th at 10 am and 6 pm EDT on limitedrungames.com. They will also be releasing  Shadows of the Empire on N64. Click through for more details, including details on the Collector’s Edition sets…

The standard editions will be priced at 39.99.

END_OF_DOCUMENT_TOKEN_TO_BE_REPLACED

This Friday, Limited Run Games launches their partnership with Lucasfilm Games to begin re-releasing retro Star Wars titles. They are starting with Star Wars: Bounty Hunter on PS4, Star Wars on NES, and Star Wars on Game Boy. Standard editions will come in their own unique blister packs, reminiscent of the action figures of our youth, while Collector’s Editions come in premium rigid boxes and include the game, commemorative coin, and an enamel pin featuring the cartridge.